You are here: Home / Blog / News / SBC Game of the Week: Season Preview 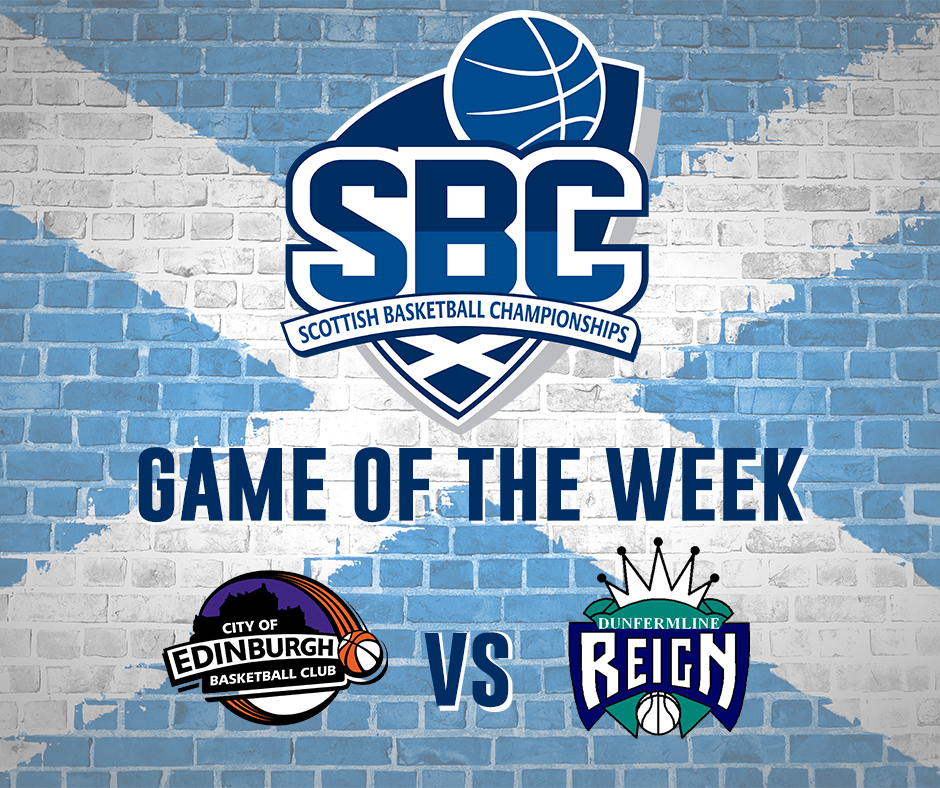 We are just a few days away from the first week of the 2017/18 SBC league. With the league’s advent on the horizon, coinciding with its return comes the return of the SBC Game of the Week.

Now in its 4th year, Game of the Week looks to follow a familiar trend in terms of reporting and match coverage as well as incorporating more video coverage and analysis of the games than seasons past. As always, basketballscotland is looking for any feedback members of the community may have over the course of the season. To give us your feedback, click HERE.

All league games are played up until early March. The top teams are then awarded a playoff berth and are seeded based upon where they finished in the league table. For the men, it is the top 8 teams who are entered into the Playoffs whilst the 10th place is relegated to Division 2 and 9th place plays a relegation match against whichever team finished 2nd in Division 2.

The women’s league is a little different. The teams that finished in the top 4 of the league are automatically put through and are seeded based upon their position in the standings. The next 4 teams entered into the Playoffs are made up of the bottom 2 teams in the Premier Division and the top 2 teams in Division 1 who then play a remainder game based on whether they played at home or away against their counterpart from the other division in order to gain their seeding going into the Playoffs.

The Playoffs are made up of one knockout game with the team with the higher seeding gaining rights to home court. Playoff games are played out and ultimately culminate at the Playoff Finals, set to take place at Oriam again in 2018.

Running unilaterally to the SBC league is the SBC Cup.  Any affiliated club in Scotland can participate in the Cup and it is made up of four elimination rounds with the semi-finals being played in December and the Finals to be played in early 2018.

Last year, in the Men’s league, Sony Centre Fury successfully completed the treble by winning the SBC League, SBC Scottish Cup as well as the SBC Playoff title and will therefore be the favourites in both competitions going into the 2017/18 season. The only team to beat Fury in 2016/17 was City of Edinburgh who beat Fury on both occasions when they met during the regular season. However they did not get the chance to face Fury again after being knocked out of the Cup in the semi-finals of the Cup by Boroughmuir Blaze and a first round Playoff exit at the hands of Glasgow Storm. City of Edinburgh will have their first match against Sony Centre Fury on the 6th of October.

Another matchup to look out for will be when Boroughmuir Blaze play Sony Centre Fury. Fury, the winners of the SBC Cup and the Playoffs will play Blaze, their Finals opponent in both competitions last year for the first time in Grangemouth on the 27th of October.

Along with Fury, Blaze and City of Edinburgh, St. Mirren West College Scotland and Glasgow Storm both manged to win over 50% of their games last season and competition between these teams will likely be rife. As well as this, Glasgow University, Dunfermline Reign and Stirling Knights will all be vying for a Playoff spot this season.

Tayside withdrew from the SBC league last year and were subsequently relegated from Division 1. Winners of Division 2and the Division 2 Playoffs, Pleasance BC take their place in the top division and will play in the first Div 1 game of the season against Blaze on the 31st August.

In the Women’s league, the Champions of the 2017 SBC Playoffs were Sony Centre Falkirk Fury after they knocked out Boroughmuir Blaze, City of Edinburgh and ultimately Tayside Musketeers in the 2017 Playoff Final. The first rematch of last year’s Playoff Final between Fury and Tayside will be on the 16th of September.

City of Edinburgh were winners of the Women’s SBC Scottish Cup in 2017 after knocking out every opponent by at least 20 points during their title run. They were also the out-and-out victors of the SBC league, impressively winning 12 of their 15 regular season games.

If last year’s season is anything to go by, its likely to be tough at the top in the Women’s league. With City of Edinburgh at the top of the table, Tayside Musketeers, Edinburgh University, Lady Rocks and Sony Centre Fury all still managed to notch 9 wins in 15 games during the regular season.

The first Game of the Week of the year will be City of Edinburgh vs Dunfermline Reign in the Senior Men’s league.

City of Edinburgh finished 4th in the league table last year after winning 13 out of their 18 regular season games. Dunfermline Reign, on the other hand, finished 8th in the league table in 2016/17 and along with City of Edinburgh, bowed out of the 2017 Playoffs in the first round. Going into the 2017/18 season, both teams will be looking to start the season strong with a win.

City of Edinburgh’s newly appointed captain, Paddy Campbell had this to say in the run up to this weekend’s game:

“I’m really excited about our team this season, our pre-season sessions have been some of the best we have had for a long time. Last year we were a new group brought together and we now have a season under our belt playing together with a new coach. Kyle is a great addition to the team, he’s a lights out shooter and can play solid defence. We know Dunfermline are a dangerous team, they’re young and fearless. We are going to have to be at our best to get the win and start the season strong.”

Reign captain, Kieran Lynch had the following to say  ahead of this weekend’s game:

“We are very excited to get the season under way. With a very tough run to start our campaign we are looking forward to the challenges ahead. We have had a good strong pre-season with our new coach, Kevin Pringle and we have been boosted by some new faces in the team who will help us achieve our team goals. City of Edinburgh will be a tough match up for us but we are positive we can have a strong start to the season.”