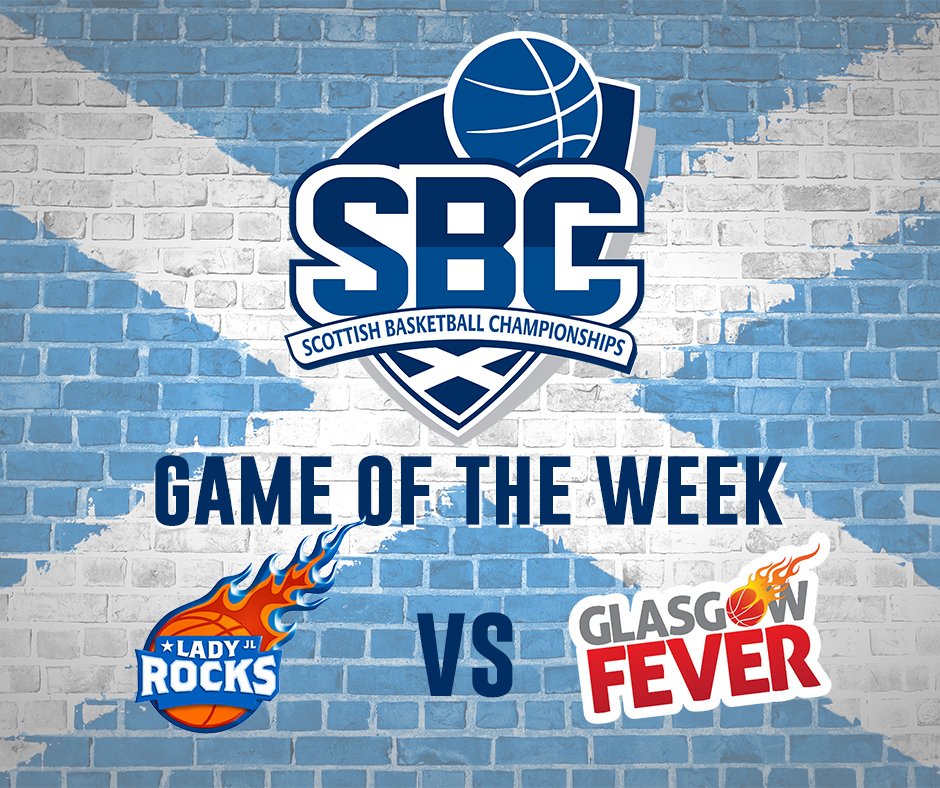 This week, SBC game of the Week team will be in attendance at St. Maurice’s High School to cover the first Senior Women’s fixture of the season as the Lady Rocks host Glasgow Fever on Friday night.

Lady Rocks come into the season having been knocked out of the Scottish Cup by Edinburgh University, finishing fourth in the Premier Division last year and bowing out of the Playoffs in the first round to Playoff Champions, Falkirk Fury in a contest that narrowly finished 64-61.

We spoke with Lady Rocks coach, Colin Haldane ahead of the game who had the following to say about how he felt about the team going into the season:

“First game of the season is always an exciting time. We have a couple of new players and some juniors and cadettes making the step up to the Senior level. Learning to play together is the biggest challenge but pre-season has gone well and we can’t wait to get started”

The visitors, Glasgow Fever finished joint third with Boroughmuir Blaze in Division 1 as they both accumulated 22 points over the course of the season. The two teams were then entered into a head-to-head and due to Blaze winning both match-ups  last season, they were entered into the Playoffs and Fever missed out on Playoff qualification.

After winning their first round match of the Scottish Cup against Grangemouth Ladies, Fever were knocked out by Tayside Musketeers  who would go on to win the tournament.

On the last occasion that both of these teams met in the SBC league, Glasgow Fever came away as the victors after edging out the Lady Rocks 58-54 in November last year.

Speaking with Glasgow Fever Coach, Stacey Macdonald, she had the following to say about the matchup this weekend:

“We can’t wait to get the season underway this week. We’ve had two positive, competitive pre-season fixtures this month so are keen to get going with the league! We know Rocks will be an intense, well-organised match-up, so it’s sure to be a good game. We’re confident that our hard-work and preparation in training over the past few weeks will lead to a strong start in our second SBC campaign.”

If you’re at the game, let us know by tweeting us @basketballscot and using #SBCGotW.