SBC GotW Preview: Pleasance BC vs University of Edinburgh

You are here: Home / Blog / News / SBC GotW Preview: Pleasance BC vs University of Edinburgh 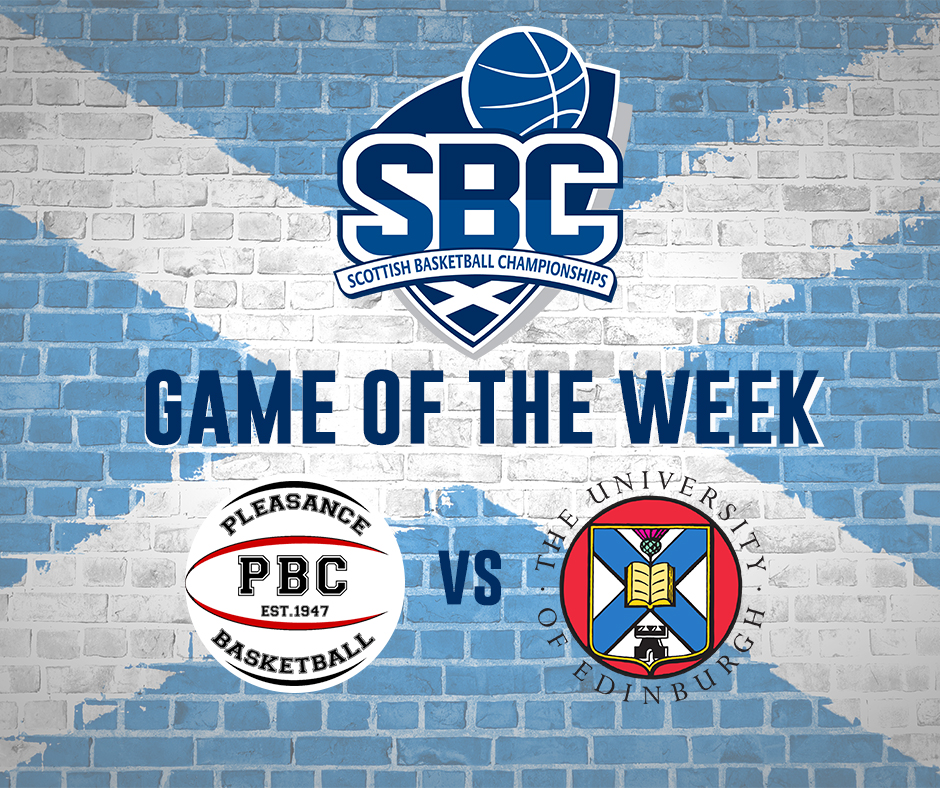 In this week’s Game of the Week we will be in Edinburgh to watch Pleasance BC play host to the University of Edinburgh in the quarter-final of the Scottish Cup.

The hosts, Pleasance BC come into the quarter final of the cup after a bye in the first round and knocking out Panther BC. In the league, Pleasance sit in joint 7th place with a 2-5 record. Julio Flores has been leading the way for his team so far this season, averaging 20 points per game in the team’s last three games including a 33-point outburst in a loss to Dunfermline Reign. Also making solid contributions to their team, Rokas Stonys and and Mates Soria have each been averaging 16.4 points and 10.5 points respectively for their team.

We spoke with Pleasance BC coach, Scott Sanford in the wake of Monday’s fixture;

“Our season has been a very big learning curve for us so far.  We have had a couple of big losses, some games where we could have won, and also a couple of good wins, so mixed fortunes.  We have not managed to play any games with a full strength squad yet either due to injuries however the key thing for us is to keep learning and to keep improving which we will do.”
“As for our game vs Edinburgh Uni, we won a very close game against them early in the season however we know they have strengthened their squad since and are competing with the tops teams, so we expect it to be a very tough game.”

The visitors, Edinburgh University sit in joint 7th place with Pleasance BC also with a 2-5 record in the league. On their way to the quarter final the university side defeated East Aberdeen Warriors after receiving a bye in the first round. Reece Jackson has been Edinburgh University’s standout performer so far this season, averaging 23.2 points and 13 boards.

Edinburgh University coach, Achilleas Chatzitheocharis had the following to say in the run up to Friday’s game;

“We had a difficult game last week with our biggest loss to date and this has been a motivating factor for all the players this week. Playing in two leagues is starting to affect us physically as some injuries are preventing us from having a full squad but everyone is stepping up to the plate and is ready to contribute.”
“The game against Pleasance is a tough one as they beat us earlier for the league and naturally they are the favourites. We are expecting a physical game and we are hoping that our injured players will be feeling better by Monday especially since we are playing 3 games in 5 days next week.”

As mentioned, when these two teams last met it was Pleasance who came way as the victors, narrowly edging out Edinburgh University 76-71 in the league. In that game Reece Jackson had 33 points and Rokas Stonys had 32. If Monday’s game is anything like their last matchup it will certainly not be one you want to miss!

If you’re at the game, let us know by tweeting us @basketballscot and using #SBCGotW