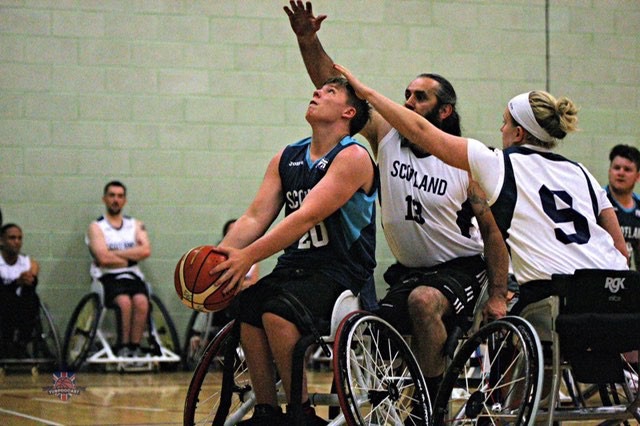 British Wheelchair Basketball today announced the U23 GB selection for its 2017 Christmas Training Camp and basketballscotland are delighted to announce that 4 Scots will be part of the team.

These young players from across each of the Home Countries will be training for the opportunity to represent the nation, and commence their journey through the selection process for the U23 GB European Championship Team.

Impressed by the wealth of talent progressing through British Wheelchair Basketball’s National League clubs, and confident of a successful future for the GB U23 Team, Head Coach Scott Wallace Commented:

“The Junior programme is continuing to pull through some great potential. It is important that we continue to build on our success at the World Championships and bring players in. We have an opportunity this year to consolidate and integrate new players whilst looking forward to the European Championships on the horizon in the summer of 2018.”

The full squad for the upcoming  camp can be found HERE.