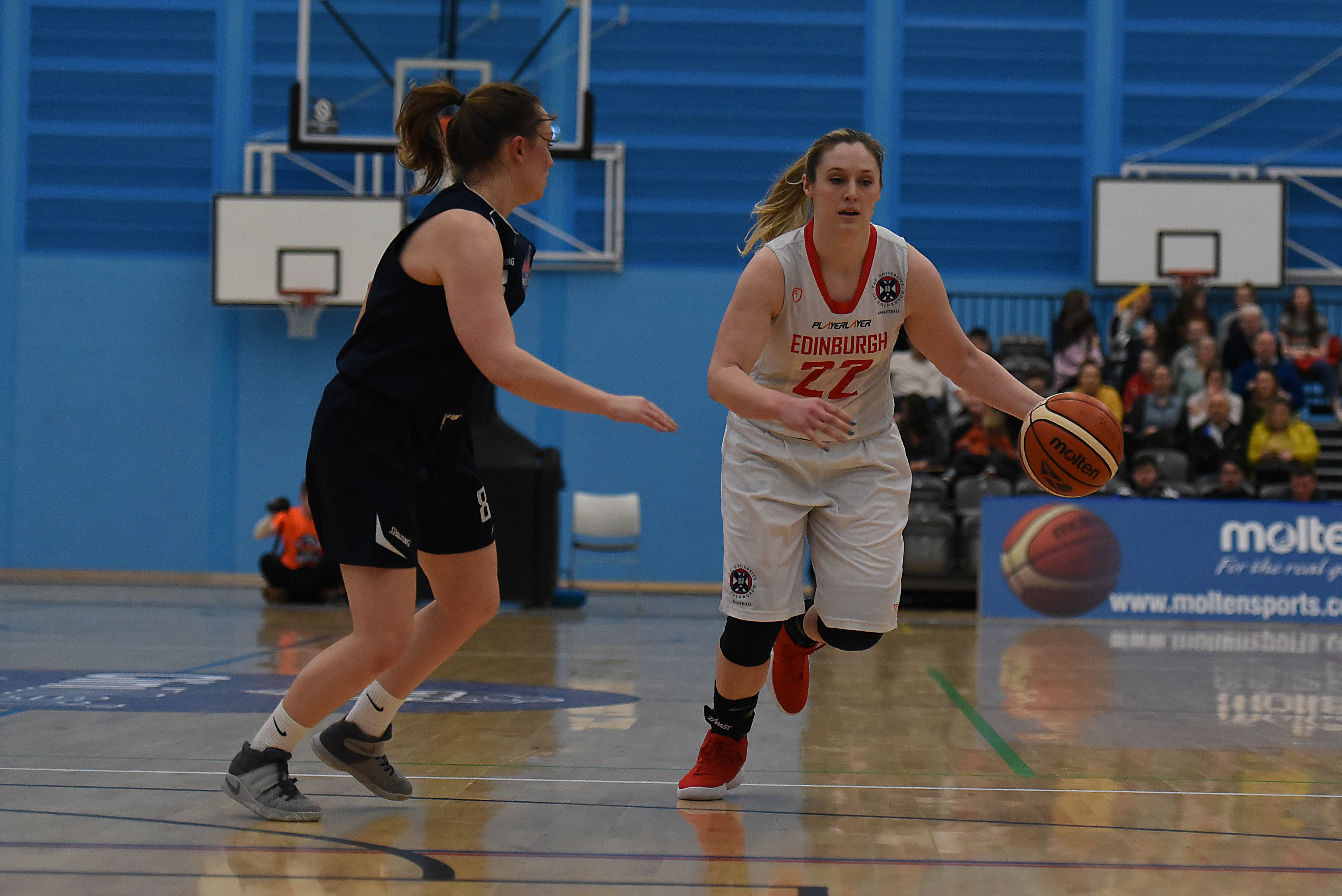 The final game of the Cup Final weekend saw Lady Rocks take the court for a third time this weekend as they faced off against Edinburgh University in the Senior Women’s Final. The crowd was loud and proud of their respective teams, in what was set to be a thrilling encounter.

Cathy Mitchell got rocks off to a good start scoring the first 6 points of the game as Edinburgh could only pick up points from foul shots early on. Sian Phillips responded accordingly as she attacked the basket and grabbed 2 offensive rebounds to give Edinburgh an early 10-6 lead. Coach Webb had masterminded the tactics for Edinburgh as his squad pressed and gained a credible 10 point lead. Edinburgh kept the pressure on as they closed out the 1st quarter 21-10.

Sian Phillips started the 2nd quarter strong for Edinburgh University, controlling the backboards she grabbed offensive rebounds that led to open baskets for her teammates, Rocks not being able to handle Phillips intensity. Perimeters were becoming a trend in the game as both teams started to space the floor and scoring whilst Edinburgh was stripping the ball at the perimeter for fastbreaks as the held an 11 point lead. Erin Gilbride of Lady Rocks had had enough of the onslaught from Edinburgh and as she raced down on a 2 v 3 fast break she pulled up from 3 to cut the University lead to 10 late in the second. The first half closed with Edinburgh University leading Lady Rocks 35-25.

Turnovers proved to be an issue for both teams starting the 2nd half, however Rocks managed to cut the gap to 7 after being down by as many as 13, only for Catherine Millar to beat the lackadaisical Rocks defence and put the lead back to 10 for Edinburgh. Rocks failed to defend the fast break or gain any contested rebounds which allowed Edinburgh University to extend their lead to 24 as they lead 60-36 at the end of the 3rd period.

Edinburgh went back to their perimeter game in which they were effective before and it paid off as Rocks allowed open looks and entered team fouls very early in the 4th. Foul trouble and poor passing from Rocks allowed Edinburgh University to cause even more issues as they extended the lead to 31. Edinburgh University kept up the tight defence and went on to be crowned Senior Women’s Scottish Cup Champions 2018 as they defeated Lady Rocks 76-53.