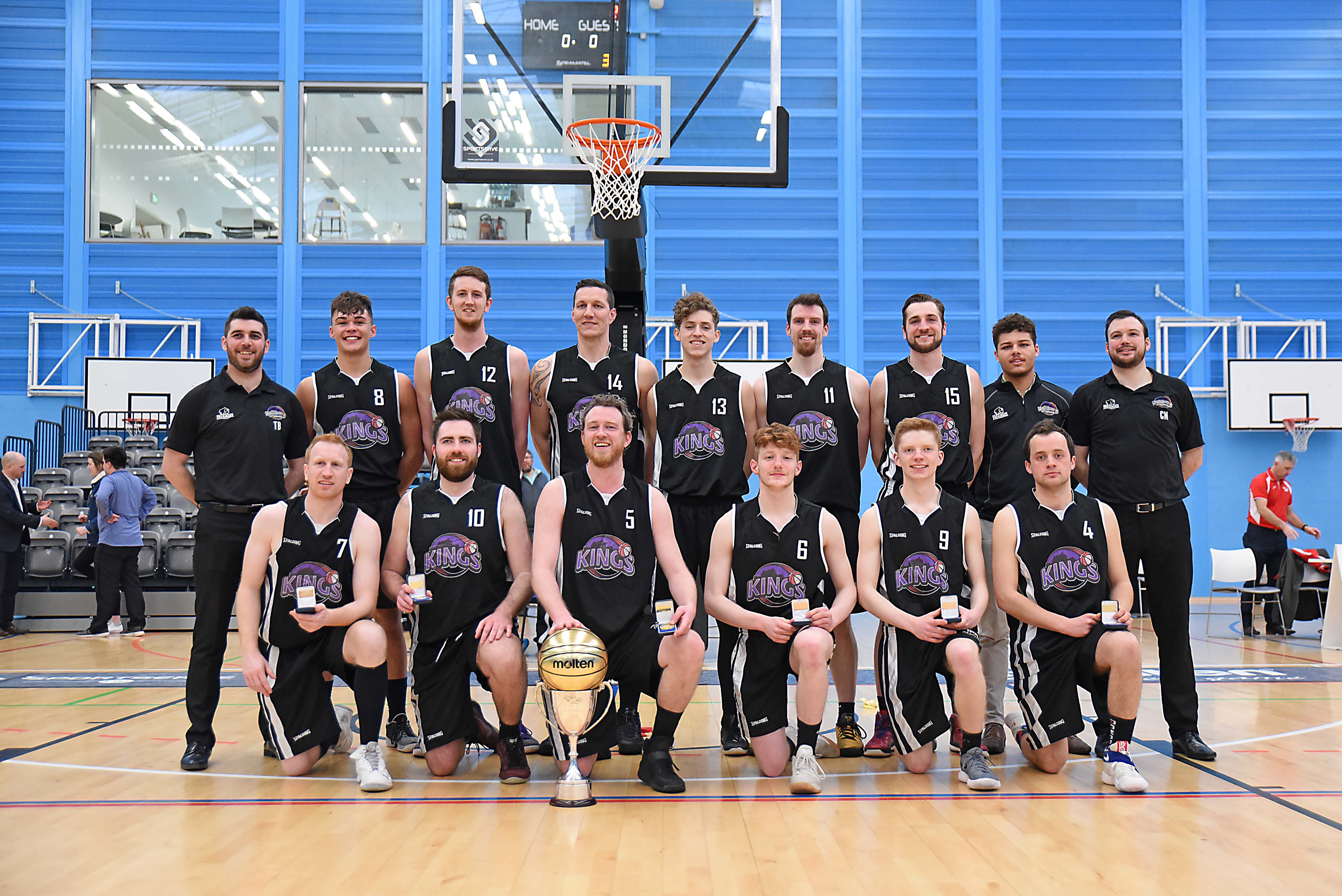 The final game of day 1 was dubbed as the main event as old foes St Mirren West College Scotland, league winners, took on the City of Edinburgh Kings who lifted the cup in January. Kings were crowned victors as both team’s season came to an end.

Coming into the game, we had a chance to catch up with the guys ahead of the game, both camps stress the importance of preparation for this fixture, this fixture has taken place 3 times already this season with Kings taking a 2-1 lead. Ryan Armour, Kings, stressed this and said:

“St Mirren are a good team, we’ve faced them three times this season and won two of those contests, so we know what we need to do get the win on Saturday, it’s just a matter of executing our game plan and stopping theirs.”

Both teams have not had easy roads to the Playoff Finals with both teams taking down some serious contenders. Armour continued:

“Our team had a tough road to get to the final, knocking out Falkirk Fury last weekend despite missing over half our team.”

“Kings are a physical team and have been at many finals.”

Kings indeed do hold a lot of experience in the Oriam having lifted more than one piece of silverware.

St Mirren’s lack of height became evident as Ali Mackay dominated down low and gave Kings an early 9-4 lead. Edinburgh continued to dominate St Mirren and ran out to a 14-6 lead late in the 1st period. St Mirren began to run the floor and swiftly closed the gap 14-11 forcing Kings coach Craig Nicol into a timeout. Paddy Campbell beat the buzzer to end the first quarter 18-12 in Kings’ favour.

The luck seemed to not be with the Saints as Rowan, Kings, got the royal treatment when his 3 rolled in giving his team an 11-point win early in the second quarter. St Mirren fell by as many as 14 but refused to give up and started scraping their way back halfway through the 2nd by forcing turnovers and running the floor on the fast break forcing Nicol into a 2nd timeout as the lead was cut to 5, 32-27. Paddy Campbell is no stranger to flashy plays, and more familiar he became as he sent his defender away asking where the ball is! Both teams closed out strong as City of Edinburgh Kings led 36-32 over St Mirren at halftime.

Kings became royalty behind the 3pt line going back to back and pushed their lead 42-36. Things got chippy and Hunter, St Mirren, was called for the unsportsmanlike foul which added to the poor start to the quarter for the Saints as Edinburgh took full advantage and extended their lead to 12 forcing coach Glass into a timeout. Things intensified for the crowd as the Edinburgh bench began making some noise as Rory Milne sunk a swish from 2 feet outside the 3pt arc to stretch the Kings lead to 19. The 3rd quarter simmered out as Kings led St Mirren 57-38.

St Mirren tried to crawl back into the game, but Edinburgh wasn’t having any of it as they held on to their lead, improving it to 22 early in the 4th. Railley and Collins were not backing down as they hit tough jumpers to cut the deficit to 13 halfway through the 4th. St Mirren went back to what worked and ran the floor, cutting the Kings’ lead down to 10 with 3:46 left in the game. 3pt shooting became a strength for St Mirren as they cut the deficit to a mere 4 points with under 2 minutes remaining, Craig Nicol called a timeout sensing the momentum shift. Ryan Armour was not going to be dethroned as he personally gave Edinburgh an 9 point lead with under a minute remaining. St Mirren’s attempted comeback game to no avail as they fell 66-72. City of Edinburgh Kings were crowned the 2018 Playoff Champions as they defeated St Mirren 72-66.