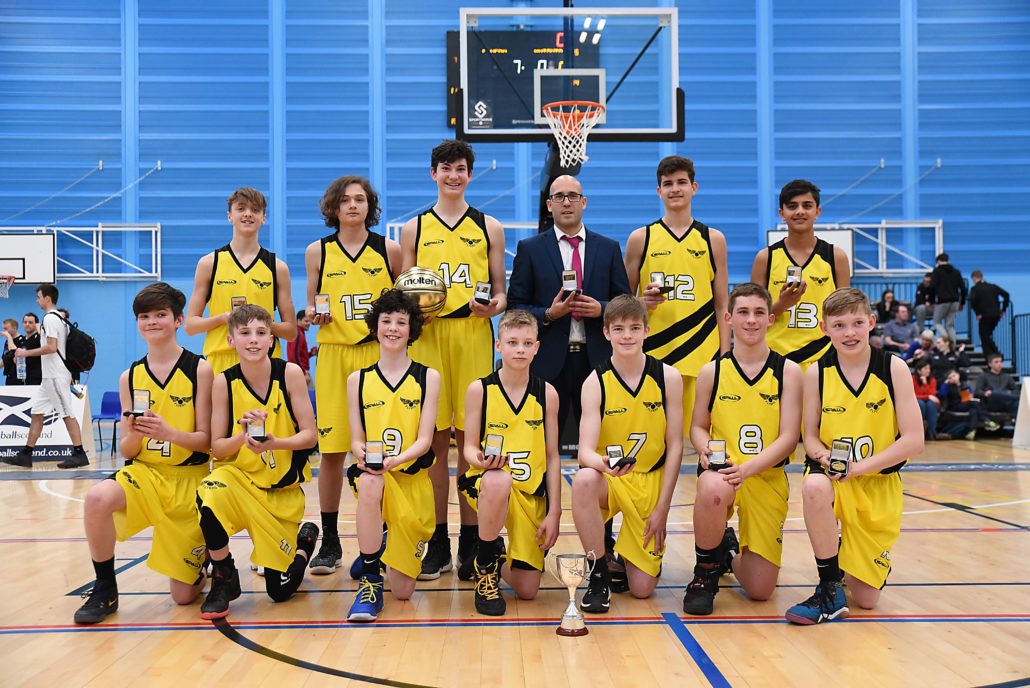 The Knights got off to a rapid 9-0 start behind McGlasson and Santoja on the defensive end forcing turnovers and converting on the fastbreak. Flyers were unable to cope with the speed and experience of Stirling as they were held scoreless until the 5th minute where Vits Gabrans finally broke the seal on the basket. Both teams started to dry up as they struggled to get the ball in the basket, on the fastbreak and in the half-court, the defence became stifling. Miquel Santoja gambled on defence and the gamble paid off as he finished the first quarter with 4 steals. The first period ended 15-7 in favour of the Knights.

The second quarter began strong for Grampian as they cut the deficit 13-19 and forced a Stirling timeout. Captain Ross Grant led the flight for the flyers as he bullied his way down low to the basket for an easy score on consecutive plays. The Knights were unable to match the jousting going on under the basket as their lead was cut to 3 by the Flyers towering duo, Nasr and Grant. The second quarter ended Stirling Knights leading 25-21 as Grampian Flyers fought their way back into the game.

Stirling Knights coach Andy Flett must have had some stern words for his boys as they came out of the gate all guns blazing and stretched out their lead 37-27. Grampian Flyers did all the hard work again and cut the deficit to 3, again, clawing their way back with use of their tall towers. Grampian closed the 3rd quarter out down by 3, 37-40 Stirling.

Grant and Nasr claimed the court as their house swatting everything Stirling put up in the first 2 minutes along with Gabrans going the other way and showing off some stellar perimeter shooting, the game was soon tied at 42. An unsportsmanlike foul charged to Grampians Gabrans led Coach Vinyals to erupt which added to the intensity of the tied match with under 3 minutes remaining. Coach Flett took another time out to try and secure the victory and McGowan knocked down 1 of his freethrows to give Stirling a narrow 1 point lead. Cole Barnett stepped to the line in his yellow Flyers kit and sunk both freethrows with 50.9 seconds left and a 1 point lead, the crowd broke into cheers and celebrations. Grant caught the ball up high and got fouled as he scored, making the freethrow gave his Flyeers squad a 2 point lead. Stirling was unable to go down the other end and score.

Top scorer was Ross Grant with 24 points and 22 rebounds for Grampian Flyers and Callum McGlasson with 22 points and 9 rebounds.