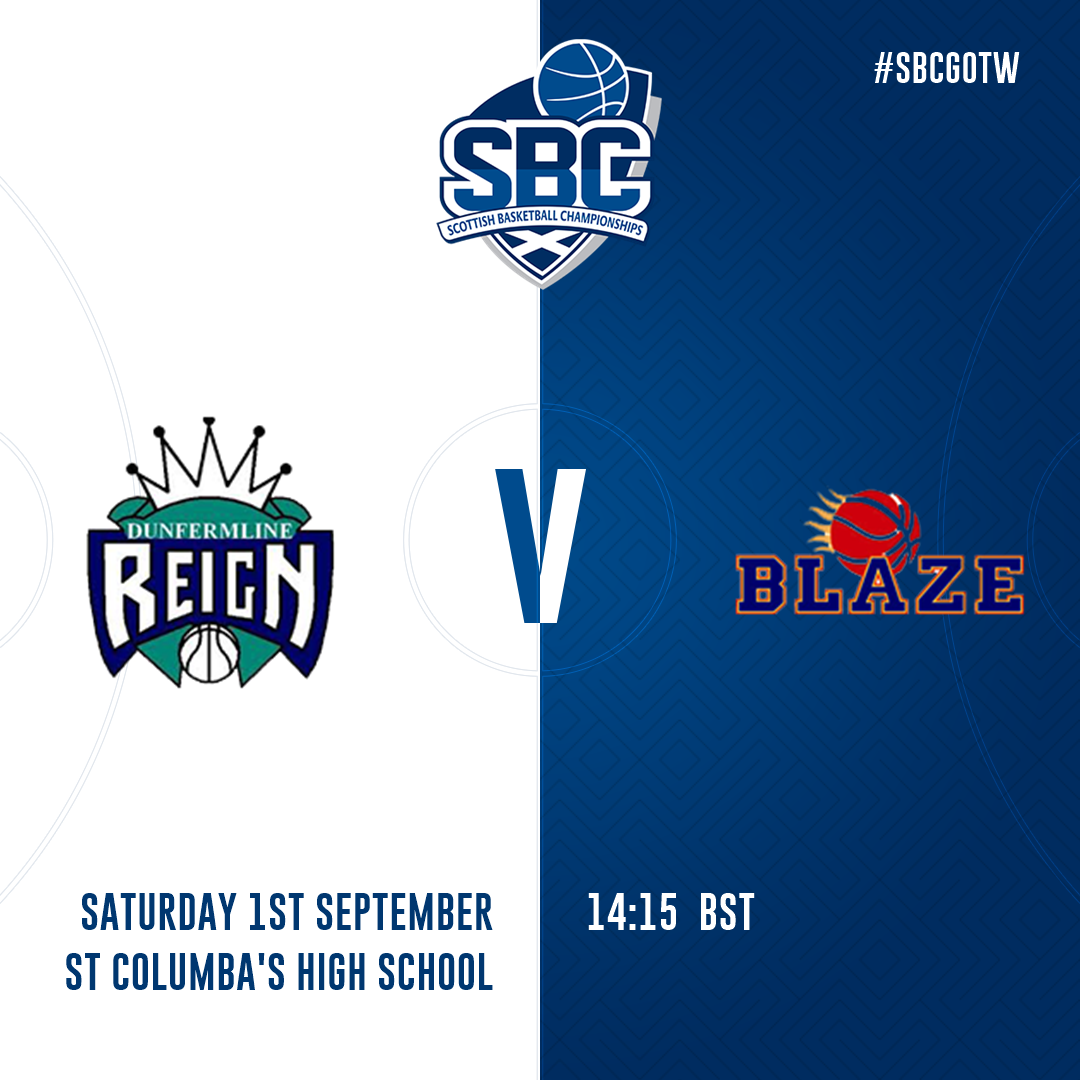 The 2018-19 SBC Season officially gets underway this weekend as last season’s Scottish Cup runners up, Boroughmuir Blaze, travel to face Dunfermline Reign in our opening SBC Game of the Week. basketballscotland caught up with both captains ahead of the game to get the views of both captains.

Eoghann Dover is bringing a relaxed approach to this season, after some success reaching the Cup Final:

Looking ahead at the overall season campaign, Dover is excited about what lies ahead for his side:

“I think we’ll have a fun season! We just want to play up tempo enjoy it by working together this year. With a few new players who are integrating into the squad, we have a really good energy, it should be a good year.” 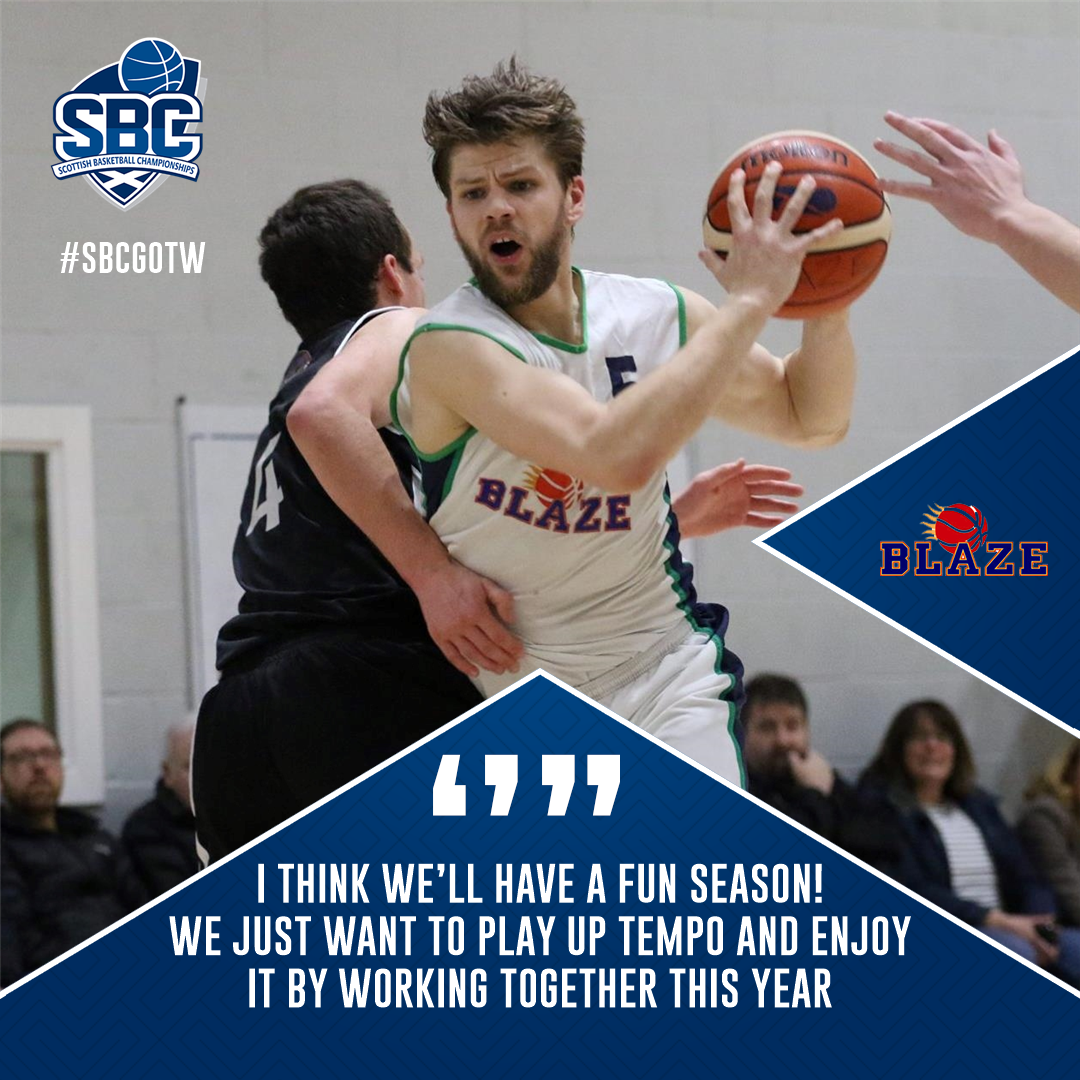 Dunfermline Reign captain Kieran Lynch is excited for the season to get underway after his side’s successful pre-season campaign:

“We travelled south to Newcastle to challenge ourselves against some different opponents which was a great challenge for us.”

Looking toward the season, Lynch and the team have set clear goals as a group, adding:

“Our aim is to compete as one of the top teams again and starting with a win this Saturday would put one foot forward in reaching our goals.  The team and coaches are ready to go for the season and we look forward to trying to bring a trophy to Dunfermline.”

“We have had a good off season and are very excited to get going against Blaze on Saturday.  With three close games against Blaze last season we expect nothing but a fast paced affair with both teams pushing the ball.” 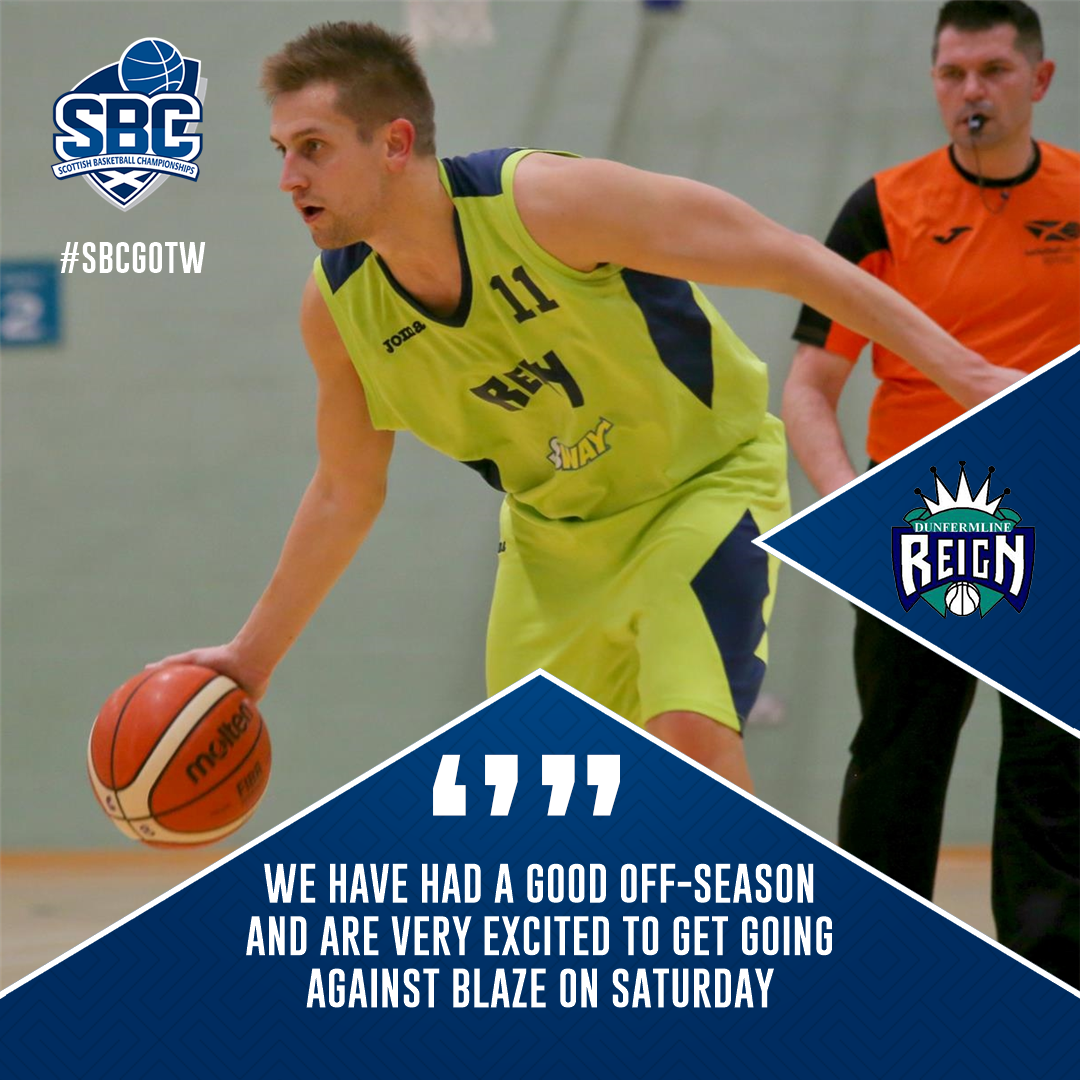 With a tight affair expected, fans can take in the #SBCGotW action at St Columbas High School, Dunfermline on Saturday with tip at 14:45.

Heading along to another game this weekend? We want to hear from you! Make sure you post your highlights on social media, tagging @basketballscot and using #SBCGotW!