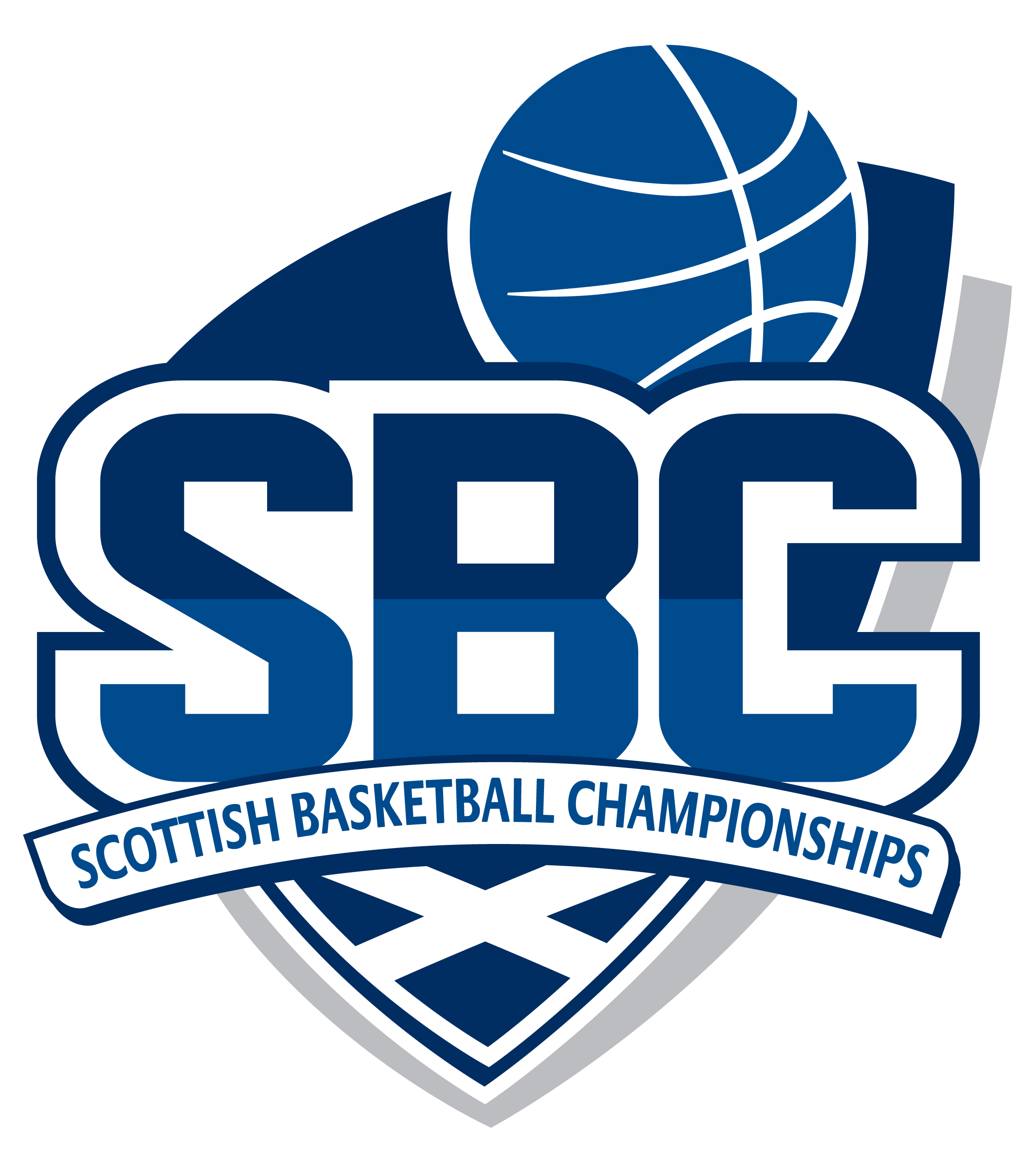 Ahead of the new 2018-19 SBC Season, basketballscotland has broken down each of the new FIBA playing rules changes for all members.

Each season, FIBA  sends out a list of changes and updates to the Official Rules of Basketball and where relevant the interpretation of those rules. FIBA’s Central Board signed off on changes being made to the Official Basketball Rules for 2018, stating that they believe the modifications will help make the game more spectacular, free-flowing and fluid.

Some changes are minor, some are a reaction to growing trends within the game, some might be in relation to advances in technology, courts or playing equipment.

As a general rule, every competition in Scotland from Men’s and Women’s SBC all the way down to local league will follow FIBA’s Official Rules of Basketball and they are used by all referees when officiating a game. Below we’ve got a quick message on what has changed this season, and a few bits of information on how these changes affect you.

So what has changed this year?

So how does this affect me?

I’m a SBC player, BUCS player or I play in a high level competition:

I run a local competition or I’m part of an Association:

To read about the biggest and most important changes and procedures surrounding the rules changes. Click here

So what has changed this year?

FIBA have a created a summary article that covers the most important areas that have been changed and why the change has been made.
This year, there are changes to the technical foul rule, more information on double fouls, unsportsmanlike fouls, disqualifying fouls and Fighting, and a number of significant changes to the 24 second rules Plus a Significant change to options available to Coaches after a time out in the last two minutes.

These changes will become valid as of 1st October 2018 in FIBA but will be implemented from the beginning of the season within All SBC competitions. (back to the top)

The changes document is available at:  http://www.fiba.basketball/OBR-changes-1-oct-2018.pdf

Explanations on the major changes which affect basketballscotland competitors can be read HERE.

So how does this affect me?

I’m a SBC player, BUCS player or I play in a high level competition:

It is a good idea to take a look at the document above to see how the rules will change and what referees will now be looking for during your games. When FIBA issue examples we will make them available to players and coaches via the Clubs.

Included in the complete list of changes from FIBA are clarifications uniform accessories. This includes rules on compression sleeves, head gear, wristbands, taping, ankle braces and base layers. These rules are often very strict as they must be used at the very highest levels of International competition. We will be issuing more straight forward advice in this area before the season begins to Clubs. That way you’ll know what you can and can’t wear on a game day. (back to the top)

Please contact your local association but most of the rules, certainly around the playing of the game, will be adopted and referees should be refereeing with these new rules in mind.

However rules regarding uniforms and administration etc. may not be adopted for practical reason but if you are unsure as your local association. (back to the top)

It is very important that you are fully aware of all the changes that FIBA intend to make on 1st October 2018. We have a list of a number of important rules that has received attention at the bottom of this page. We advise regardless of the level at which you are officiating you attend Regional Workshops. These are for all referees and not just those doing National League. At the Pre-season workshop these changes were covered in detail But most importantly there will be opportunity to ask questions and discuss the changes to ensure we are as consistent as we can be whether that is in a (1v2) SBC game of a local league youth game.

Be mindful that as referees we are often educators to the players during the game as most players learn the rules as they play not by studying them.

There are some big changes this year that do relate to how you might coach players in certain special situations. With a number of situations where the team will have less time than previously to shoot the ball. We ask that you consider carefully the impact on your players and support the players in understanding the new rules and interpretations so that they are better educated and are less likely to be frustrated by the correct application of the new rules by the referees. This is vital in the youth game as for many players their only source of education is from the coach in regard to the rules of the game. When we receive further materials from FIBA giving examples etc. these will be forwarded on to coaches and referees as a matter of priority. (back to the top)

There are some major changes to the 24 seconds rules and Duties of the Shot Clock Operator, as well as changes to scoresheet completion. We suggest that if possible you attend the pre-season conference session explaining the changes (Saturday 24thAugust). When we receive further materials from FIBA giving examples etc. these will be forwarded on to you as a priority. (back to the top)

I run a local competition or I’m part of an Association:

It is worth remembering that these rules need to be in place to make sure standards are kept in tournaments such as EuroBasket or FIBA club competition. It is likely that some of the changes in this year’s document aren’t really feasible at the level of your competition. We would recommend that once we have issued further guidance, you take stock of what makes most sense for your league, clubs and players and then act accordingly. (back to the top)

Among the biggest and most important changes are:

Reason for change: To prevent the throw-in violations and delay during the last 2 minutes of the game.

New rule 17.2.8 When the game clock shows 2:00 minutes or less in the fourth quarter and in each extra Overtime, on a throw-in the defensive player shall not move any part of his body over the boundary line to interfere with the throw-in. The official shall use a preventative signal as a warning while administering the throw-in. A violation after the warning shall lead to a technical foul.

This signal will be used on EVERY throw-in administered by the Officials in the Last two minutes of the game.

A violation WILL result in a technical foul. (The visual signal is the warning and there is no further requirement for verbal warning/s to players or coaching staff)

In the first 38 minutes of the game the signal is not used and any delay of game should be dealt with using 2017 process, an initial warning to the coach once there is a suitable opportunity to do so (This warning applies to the whole team) and then penalised with a technical foul if it occurs again.

Reason for change: To shorten the time the offensive team has at its disposal for a shot, once a team is already in the frontcourt. To allow for more opportunities for a shot for a field goal during the game.

Amended rule: 29.2.3 – The shot clock shall be reset whenever the game is stopped by an official for a foul or violation committed by the team in control of the ball.

In these situations, the possession of the ball shall be awarded to the opponent team that previously had control of the ball. Then:

When the game clock shows 2:00 minutes or less in the fourth quarter and in overtime, following a time-out taken by the team that is entitled to the possession of the ball from its backcourt, the coach of that team has the right to decide whether the subsequent throw-in shall be administered at the throw-in line opposite the scorer’s table in the team’s frontcourt or in the team’s backcourt.

If the throw-in shall be administered at the throw-in line opposite the scorer’s table in the team’s frontcourt, the shot clock shall be reset as follows:

If the throw-in shall be administered in the team’s backcourt, the shot clock shall be reset to new 24 seconds
or continue from the time it was stopped as defined by the rules.

When the game clock shows 2:00 minutes or less in the fourth quarter and in overtime, following a time-out taken by the team that is entitled to the possession of the ball from its backcourt, the coach of that team has the right to decide whether the subsequent throw-in shall be administered at the throw-in line opposite the scorer’s table in the team’s frontcourt or in the team’s backcourt.

It only applies in last 2:00 of the game, and only when a time out is taken when the ball is to be administered in the back court prior to the time out.  The decision is not possible if the ball is already, or the rules state that the ball to be administered, in the front court (i.e. after Unsportsmanlike or Disqualifying foul).

basketballscotland competitions process for coaches and Officials is as follows*:

Reason for change: To penalise team bench members for leaving the team bench area during the fight on the court differently (whether they are actively involved in the fight or not).

New rule: 35.1 Definition
35.1.1 A double foul is a situation in which 2 opponents commit personal fouls against each other at approximately the same time.
35.1.2 To consider 2 fouls as a double foul, the following conditions shall be required:

Reason for change: To simplify the rules principles in the situation when 2 opponents commit personal fouls against each other at approximately the same time.

Throw-in after an unsportsmanlike or disqualifying foul

New rule: All throw-ins as the part of an unsportsmanlike and disqualifying foul shall be administered from the throw-in line in the team’s frontcourt.
Reason for change: To speed up the game, to allow for more possession thus for possibly more scoring. To eliminate complex situations after a throw-in from the centre line.

The complete list of FIBA rule changes are available at: http://www.fiba.basketball/OBR-changes-1-oct-2018.pdf

The draft version of the rules with Yellow tracking can be downloaded here: http://www.fiba.basketball/OBR-2018-working-document-yellow-version-10.pdf