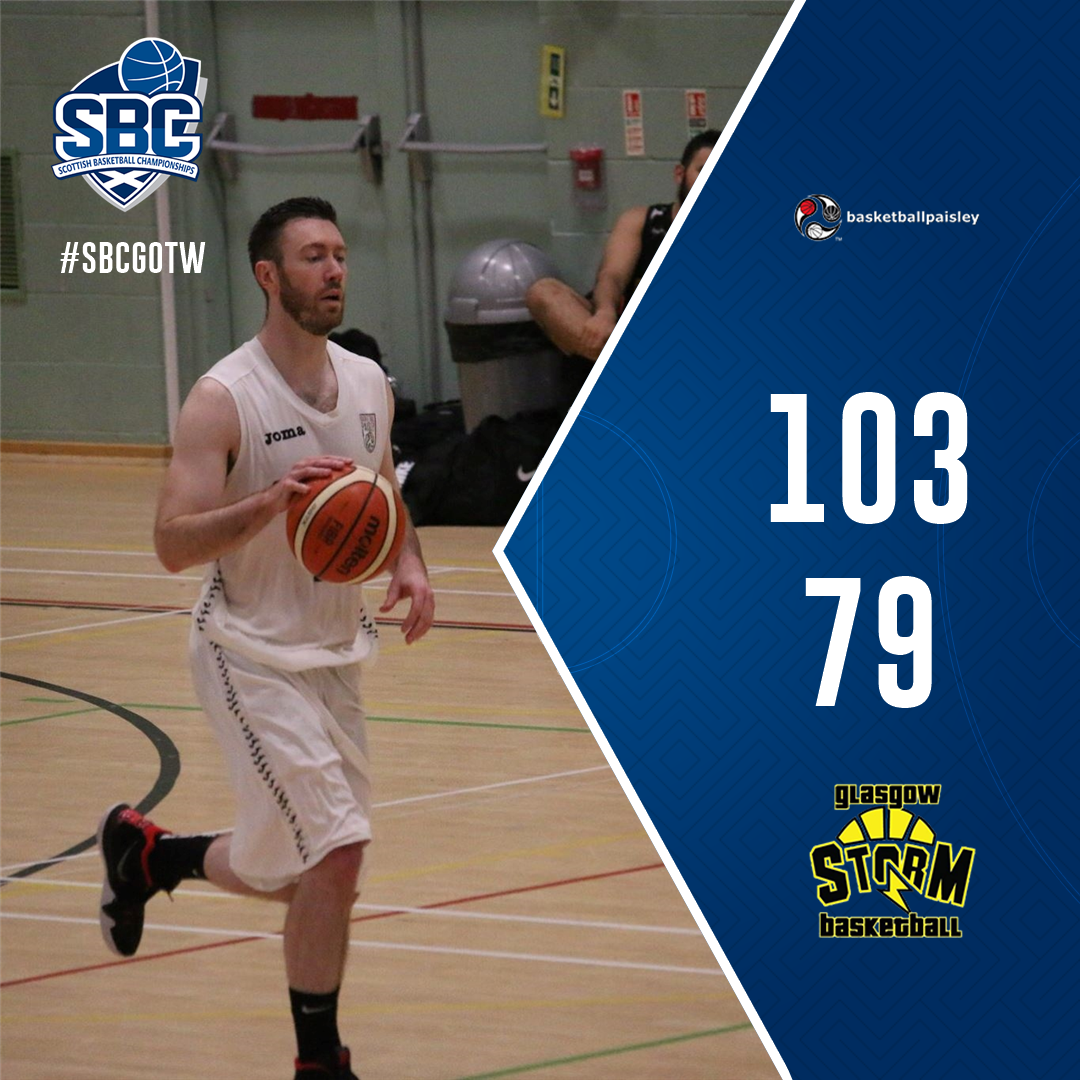 The Lagoon in Paisley played host to this weekend’s SBC Game of the Week as defending champions St Mirren West College Scotland played host to Glasgow Storm on Friday night. The home side were able to control the game with a strong second half performance which saw them move to 2-0 with a 103-79 win.

Saints controlled the tempo early on and with some strong rebounding on both ends of the floor, they were able to control the opening period of the game. Storm tried to utilise their speed and athleticism, using captain Calum Bryson down low. The trend continued with a back-and-forth opening quarter.

The second quarter started better for the home side as they raced out to an early 12 point lead, behind some stellar perimeter shooting. Adding Cleary back into the mix made the Saints an inside-outside threat that Storm struggled to cope with. The reigning SBC Champions managed to widen the gap, taking a 56-37 at the half.

Néstor Lasunción brought Glasgow Storm back into the game, increasing his sides intensity by driving hard to the basket and showing what he learned in his time as a pro with BBL side, Glasgow Rocks. However, St Mirren’s Gold Coast duo, Cleary and Nick Collins kept the home team ahead as they fought inside and knocked down some tough shots. Dominating the floor, St Mirren kept the gap near 20 as they closed out the 3rd quarter 86-59.

Collins paired up with another Saints junior, Brad Low to keep the Saints momentum going, grabbing a hold of the game. Coach Glass allowed the youth of the team to tackle the game as Fergus Harte checked in to join Duff and Low on the floor. Glasgow Storm were not rolling over though, they kept the tempo up as they flew up the floor but it was St Mirren who continued their hold on the game and ran out 103-79.