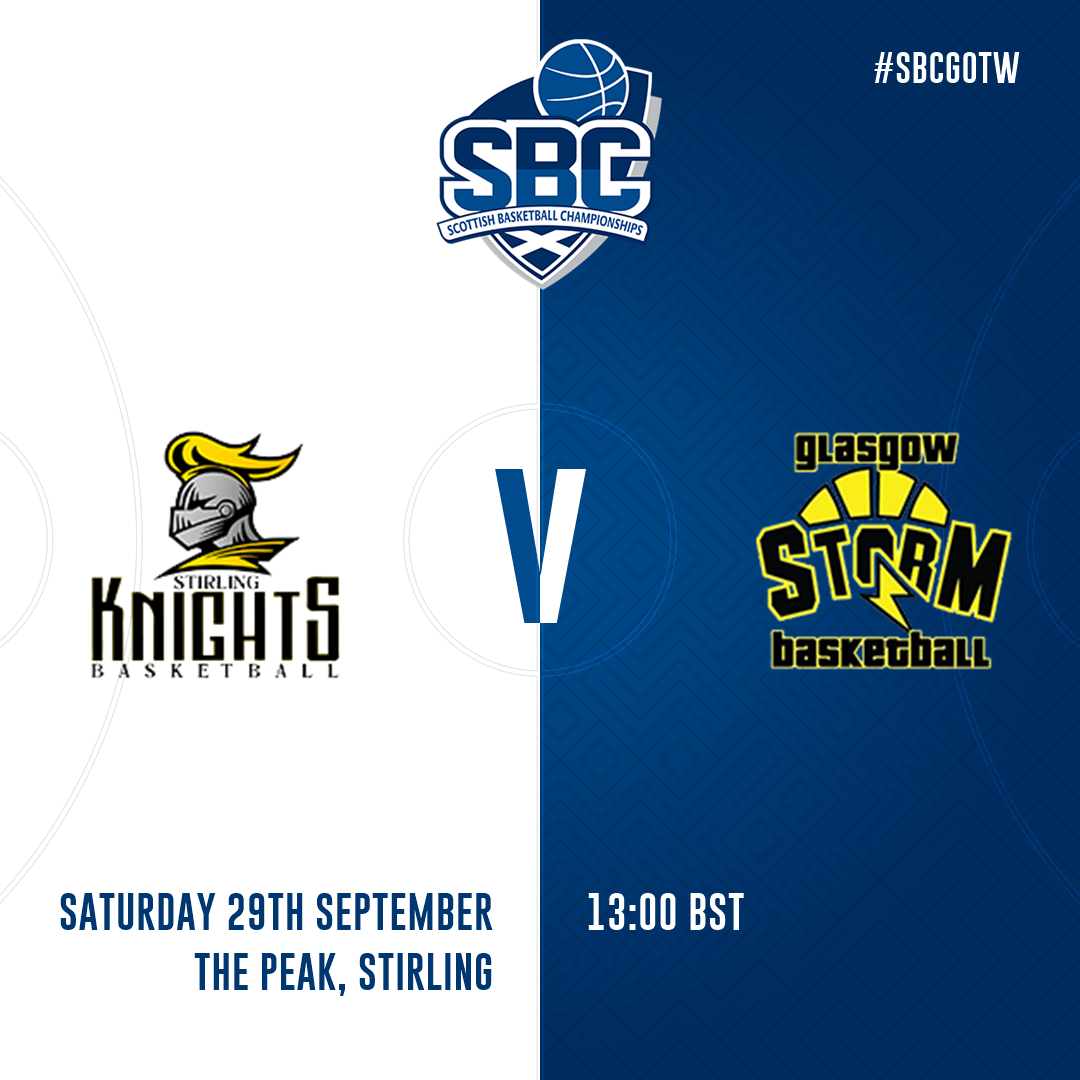 In the opening round of the 2018-19 SBC Cup it is Stirling’s Peak Sports Complex that will play host to the SBC Game of the Week a thunderous game as Glasgow Storm travel to take on Stirling Knights.

Glasgow have battled the SBC storm well, picking up a win over Edinburgh Lions last week but dropping their games v Sony Centre Fury and St Mirren West College Scotland allowing them to sit one place above Knights in the league table.

Stirling, however, have not managed to start their season well enough at all, dropping all 4 played games without a win. Head Coach Corey McCabe said:

“We need to find some way of kickstarting our season and what better way than in the Scottish Cup. We have had a difficult start to the year due to players moving on and suspensions but that hasn’t stopped us from working hard in training to rectify areas of our game we were particularly strong in last season. Storm will pose a threat inside and out but plenty strengths of our own we can call on.”

Both teams will be looking to make a Cup run, now hoping they’re a cup team more than a league team as their SBC title hopes diminish. Despite not picking up a win, Stirling have been very competitive in each fixture, promising what will be an exciting game.

Tip off for this Cup clash is 13:00 on Saturday 29th September at The Peak, Stirling, head along to show your support and remember to let us know on social media who you’ve got advancing to the next round!