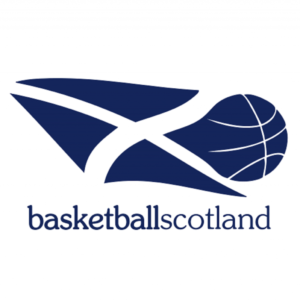 basketballscotland has called upon councils across Scotland to rethink their strategy of increasing indoor facility prices to plug budget shortfalls without carrying out any assessment of the social impact on clubs.

The call for change follows on the back of the decision by Edinburgh City Council (ECC) at the end of 2018 to drop the pricing model which would have threatened the existence of sport clubs across the city due to an extra £35 per hour change in ‘non-core hours’, and applauds the Council’s public commitment to a new way of working to be negotiated with indoor sports in the city.

basketballscotland instigated the campaign to overturn the intended pricing model and worked closely with ClubSport Edinburgh and other sports in the city to initially bring about a postponement of the pricing model in June following a public outcry.

Since the postponement, basketballscotland has been working with ECC and ClubSport Edinburgh to demonstrate the social impact the pricing model would have on the ability of clubs to survive and people in low income households to afford to participate in indoor sport.

The research found that if the £35 per-hour ‘non-core charge’ was rolled out, clubs would be hit with extra costs of £214,600. The findings also revealed that junior clubs would bear the largest share of these costs.

ECC then undertook a full club consultation with clubs and the findings of the final report have brought about the announcement that the pricing model has been dropped. Earlier this month, the Education, Children and Families Committee were presented with the findings and voted overwhelmingly to drop the pricing model.

Speaking of pricing issues across the country, Kevin Pringle, Chief Executive of basketballscotland, said: “We understand that councils across Scotland are facing budget constraints. However, arbitrary increases in the price of access to indoor sports ultimately hurts everyone: it hurts the physical and mental wellbeing of our country, it damages our communities by pricing individuals and clubs out of sport, and flies in the face of local and national policies and strategies for the health of our nation. Talking to clubs and communities about efficient use of space, and finding ways in which clubs and councils can work together, is the only way forward. We hope that the commitment by Edinburgh City Council to reach a new way forward may present a blueprint for other councils to follow. Our door is always open to talk to council representatives about a way forward that benefits all parties.”

He added: “We are aware that clubs in other local authorities may have, or will be subject to, similar pricing models by their local authority or leisure trust, and that it is an issue impacting the basketball community across the country. We will continue to champion affordable and accessible basketball facility provision across Scotland. We believe this issue is of national significance and our team of Club Services Managers are here to provide support.”

Should you, or your club, have any concerns about pricing issues locally, please raise them with your regional Club Services Manager, details of which can be found in our ‘Club Services’ area on our website.