Following the draft for the 2019 Jr. NBA back in December, over 300 boys and girls from across the country have been competing for a place at this Friday’s Final Fours event.

Structured in the same style as the NBA, 30 schools from Edinburgh, Glasgow, Aberdeen and Inverness have participated in eight weeks of exciting and enjoyable games. Each school was representing a team from the NBA, whilst each city had its own division. Last weekend saw the start of the playoffs as the top two teams from each division face off for the chance to represent their school, and associated NBA team, at the Emirates Arena on Friday night. 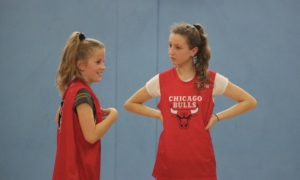 The four finalists, Chicago Bulls Liberton, Brooklyn Nets Kingford, LA Lakers Milton of Leys and Memphis Grizzlies OLOP, will head to the home of Glasgow Rocks to challenge for the title of Jr. NBA champions 2019.

The program has received praise from all schools involved, with pupils all learning new skills, making friends and staying active. Anita Reca, basketballscotland’s regional Development Officer who oversaw the Grampian league, has been delighted by the response:

“The program has been a massive success. The learning aspect of it is fantastic, kids learn about respect and teamwork, something which is bigger than basketball. These are key life skills that the Jr. NBA is teaching kids. Of course it’s important for developing a lifelong love of basketball from a young age. The more youngsters we can get to support their team, the more they will get involved.”

Discussions to further expand the Jr. NBA next year are already underway, with the inclusion of a wheelchair basketball division and plans to introduce the program to new areas. 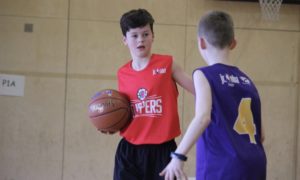