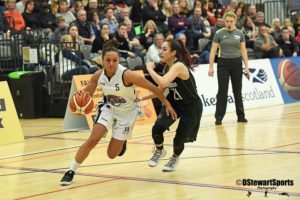 The semi-finals of the 2020 Scottish Cup take place this weekend, with 24 teams from across the country competing for their places at February’s finals.

Sony Centre Fury play City of Edinburgh and St Mirren face Lady Rocks in the two Senior Women’s semi-finals. Kats v Fury is a repeat of last year’s semi, which City of Edinburgh won on their way to lifting the Cup.

Dunfermline Reign, City of Edinburgh, Boroughmuir Blaze and Glasgow Rens are the four teams left in the U18 Men’s Cup, with Reign hosting City of Edinburgh and Blaze welcoming Rens. City of Edinburgh will be hoping to retain the Cup, which they picked up after a 72-64 victory over St Mirren last year.

There will be a new winner in the U18 Women’s division after 2019 winners, West Lothian Wolves, were defeated by St Mirren in the previous round. The Paisley-based side host Sony Centre Fury whilst last year’s runners up, Lady Rocks, host Perth Phoenix and will be hoping to progress to another final.

Stirling Knights lifted the 2019 U16 Men’s Scottish Cup as part of a domestic treble, and the side play St Mirren hoping to reach this year’s final. Boroughmuir Blaze host Grampian Flyers in the other semi, with both teams exceeding their 2019 Cup finish, where they both suffered opening round defeats.

The U16 Women’s division will also see the Cup exchange hands after Perth Phoenix were beaten by Sony Centre Fury in the last set of fixtures. Fury will travel to Wolves in the semi-final, with last year’s runners up, Lady Rocks, travelling to the capital to face City of Edinburgh. This game will be played next weekend.