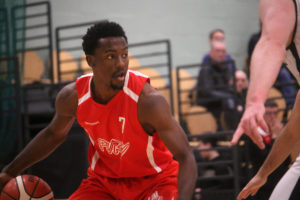 The Soho Wealth SBC Senior Men’s division is heating up as four teams battle it out for top spot in the Championship standings.

Paisley-based St Mirren lead the way after their dramatic 83-81 victory over Sony Centre Fury on Friday night. Scotland international Chris Cleary found the basket in the final second to hand Fury their second loss of the season, although the Grangemouth side still sit just one point behind St Mirren in third.

Elsewhere, Dunfermline Reign came from behind to beat Edinburgh Lions 82-80 and move up to second in the table. Reign, who were missing several starting players for the game, were down by 18 going into the fourth. The team have faced all three title rivals in the last month, with a win over Sony Centre Fury coming in between away losses to City of Edinburgh and St Mirren.

In the division’s third game of the weekend, Glasgow University picked up their first win of the season with a 52-75 victory away to Ayrshire Tornadoes. Both teams sit near the foot of the table with just a sole victory so far during 19/20.

City of Edinburgh Kings, who didn’t play over the weekend, sit two points off the pace in fourth but with a game in hand. The team have two losses so far this season, away to St Mirren and Sony Centre Fury, and previously boasted a big win over defending champions, Dunfermline Reign.