June 2017 was an exciting time for basketball in Scotland, as the National Basketball Association (NBA) and basketballscotland announced their new partnership to create a school-based Jr. NBA basketball league for boys and girls ages in primary five to seven. The league was held in local primary schools, where each team represented one of the 30 NBA teams, receiving a corresponding NBA team-branded jersey to wear during their games.

Just like the NBA, the teams were divided into two conferences and six divisions. The leagues ran over the course of three months throughout the year, with the top eight teams from each conference qualifying for a spot in the playoffs. The top two teams from each conference then met in the league championship to determine the Jr. NBA basketballscotland League champions. The NBA’s own values of teamwork, leadership, fitness and healthy living through competitive play were also heavily promoted to participants throughout the league.

Since the Jr. NBA’s first introduction, the league has gone from strength to strength, with the 2019/20 season seeing the inclusion of the first-ever Jr. NBA Wheelchair Basketball League. Further efforts have been made to increase the inclusivity of the league with the requirement for every team to play 2 boys and 2 girls on the court at all times. Not only does being a part of the Jr. NBA provides a good way for children to compete with other children up and down the country and become a part of a worldwide network, but also allows them to link up with a club should they wish to continue playing.

“The Jr. NBA programme was a huge success with 5 schools taking part – Arduthie, Dunnottar, Mill O Forest, Bervie and Lairhillock. I really enjoyed watching pupils being given the chance to compete, develop skills and enjoy playing basketball. It is fantastic that we now have a sustainable pathway from schools’ delivery into club opportunities through working in partnership with Panthers Basketball Club.” 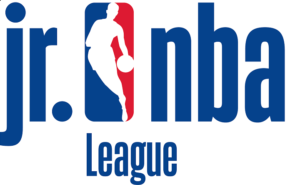 Notice of the 74th Annual General Meeting of basketballscotland
This site uses cookies: Find out more.
Scroll to top