You are here: Home / Blog / News / basketballscotland mourns the loss of two legends of the game 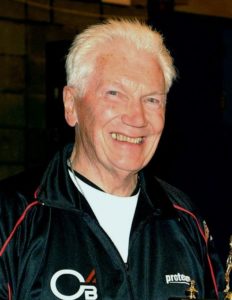 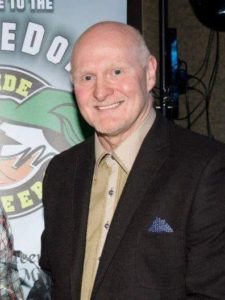 Basketball in Scotland lost two of the games outstanding personalities over the weekend.

John Grant and Danny Kaye each had an enormous impact on our sport over a number of decades.

The basketball community in Scotland will be forever grateful for their hard work, energy and enthusiasm that has had such a positive impact on so many. They will be sadly missed. And our thoughts are with those close to Danny and John at this difficult time.

Danny qualified as a FIBA International Referee in 1971 and proudly wore his “blue badge” for over a decade, retiring from the international scene in 1982.  Despite stepping down from international level, Danny continued to referee games well into the next millennium!

For many Danny was ‘Mr. Basketball’. His passion and energy for the game was infectious. A referee who would happily do more than one game in a day, or more than one role at a time. He was known to referee, keep score, run the table and organise an entire event single-handedly. Danny had the rare ability to do all this and keep a smile on his face. He also managed to brighten the mood of others, knowing when to crack a joke or give some friendly banter.

“Danny played such a huge role in many people’s basketball lives. He was always willing to give his time for the game he loved,” commented basketballscotland CEO, Kevin Pringle.  “Danny’s influence on the sport in Scotland, and even more so in the east of country, can’t be underestimated.  Many people, myself included, would not have had so many great experiences through basketball without the contribution Danny made over such an extended period of time.  He will be sadly missed.”

The basketball community in Scotland are grateful he provided so many wonderful memories.

John, or Coach Grant as he was known to many, had an enormous impact on basketball. He put Arbroath on the map as a basketball force – firstly as a teacher at Arbroath High School and then, in 1993, helping to form the Arbroath Musketeers.

He was instrumental in the Musketeers winning a national championship, Scottish Cups and, more importantly, helping to develop a number of players who would go on and represent Scotland.

A true basketball man who created opportunity for many a pupil at Arbroath High School and contributed to improving the standard of coaching across Scottish basketball.

John’s contribution to basketball was widespread and his passion for the game was obvious. He was a successful national team coach, a coach educator and led many national team camps over the years. John also supported the national association in roles such as Director of Coaching and as a Board Member.

John was also a pioneer in establishing links with the United States, bringing some of the highest level coaches to Scotland to deliver camps and clinics and, latterly, supporting many young people from the Scottish basketball community to travel and play in the US through his connections with high Schools, universities and high-level basketball camps.

basketballscotland CEO, Kevin Pringle commented: “Coach Grant made a huge contribution to basketball in Scotland and his influence was seen through the many players and coaches whose development he contributed to over the years. His commitment to the game and to the players was unquestionable and he made a positive impact on so many people in our sport over the years.  John is a huge loss to the Scottish Basketball community.”

Coach, mentor, educator, John’s importance to basketball in Tayside and Scotland cannot be overstated. We recognise the enormous contribution John gave to the sport he loved.