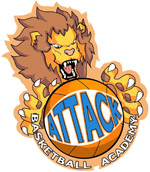 “Culture at Attack is as important as basketball skills, and I believe we cannot create skilled players without great culture driving everything we do. Part of that culture is learning how to have a wider focus and see how what we do impacts on each other and to recognise what others are achieving or struggling with.” – Ruth Grant, Director of Coaching, Attack Basketball Academy

After becoming aware of some of the mental health challenges being faced by some of Attack Basketball Academy’s older players, Ruth was determined not to fail her players and to find a way to ensure that basketball was not only a safe place for them, but also a supportive place. A place where players could always share their problems, struggles and challenges without being judged. After doing some research and learning that people who express gratitude daily have a more positive perspective and a higher quality of good mental health, Attack decided to start every single training session with each player having to say hello to the coaches. This gives the coach a chance to interact 1on1 with each player, a chance to build a relationship by asking about their day or pick up on something they have previously discussed. Then before training commences, everyone joins together in a team huddle with a few players offering expressions of gratitude, which can be about anything the player chooses, not just basketball related.

During training, players are encouraged to build bonds and trust between each other with ‘Positive Touches’ (prior to the coronavirus pandemic). These can include high-fives, fist bumps and claps on the back.

Then each session ends with ‘Celebrations’, where every player compliments another teammate on something they did well during training – which can be a tangible or intangible skill – before the two players fist bump.

In trying to help their players mental health, Attack puts emphasis on asking all parents to not to focus on the win or loss of a game, but instead to tell players that they loved watching them and their teammates play. To ask questions like did you have fun? we’re you a good teammate? did you help a teammate? what was a great team moment? and what are you grateful for? Attack hope by creating this shift in how parents respond to the games, it will make a huge difference to the players mental health and lift a lot of performance-based stress and anxiety from players – regardless of how many minutes they played.

Discovery of a worrying statistic.

During the first lockdown in 2020, Attack successfully applied for £500 from the Co-Op in Ellon. They were subsequently invited to the Co-Op’s ‘Lonely But Not Alone’ suicide prevention campaign in the local area. The campaign allowed Ruth and Coach Caelan Booth to attend an online session by SAMH educating them about suicide with young people. Ruth and Caelan learned that Grampian has the highest suicide rate in Scotland, prompting them to jump into action. Ruth decided to make suicide an on-going discussion at Attack and to find opportunities to continue to create a positive mental health environment, both in the club and in the local community.

Halloween activity leads to helping those vulnerable in the community.

At Halloween, Attack set up a fun communications exercise for players aged 11-17. They were challenged to carve a pumpkin with a partner without speaking. Coach Ruth used this as an opportunity to start a wider conversation on teenage hormones, emotions and the importance of supporting one another: “Teammates have to look out for each other, not just on the court. We physically pick each other up when we fall on court, but we also have to extend that to picking each other up mentally as well. And to know it is perfectly okay to say I’m feeling really hacked off or I’ve had a horrible day today.” The team also discussed loneliness, and after carving were asked if they could think about any part of the community that had suffered from loneliness more than others. The players decided that the elderly, especially those in care homes, were suffering the most and decided to donate their Jack o’ Lanterns anonymously to a local care home.

After a successful Halloween, Attack decided Christmas was another opportunity for them to help the community. Having previously started talking about gratitude, players were asked to donate items to a Gratitude Hamper, which they then decided to donate to the same care home as the pumpkins. This time it wasn’t anonymous as Attack want to build connections across the generations, and for the elderly to know that there was a younger person remembering them during the holiday period.

Today Attack continues to be there for not only their players and teammates, but also the wider community. To remind everyone that they are not alone, that they belong somewhere, to continue to build those connections, and show how basketball really can bring everyone together.

THE SCOTTISH BASKETBALL HALL OF FAME
This site uses cookies: Find out more.
Scroll to top