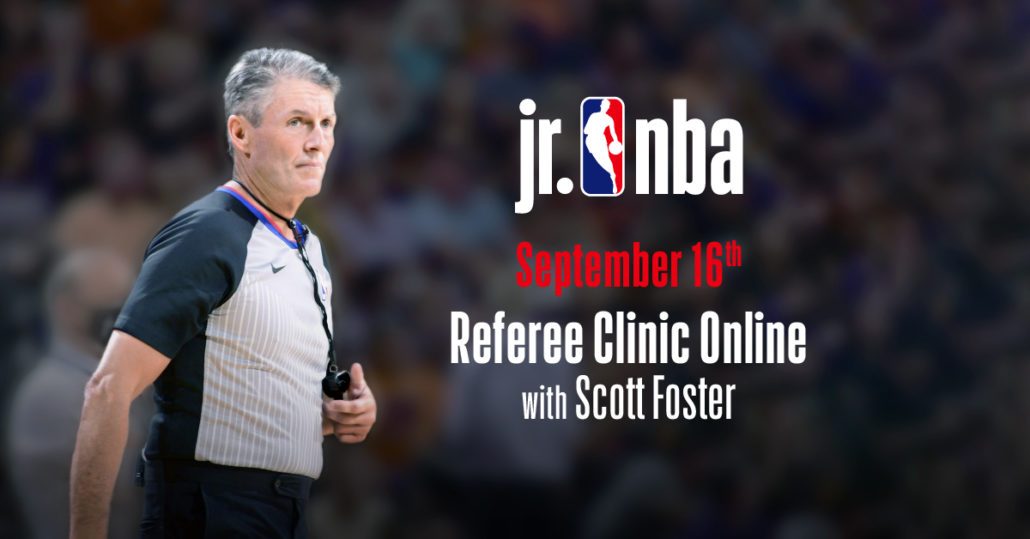 The Jr. NBA is excited to announce the very first Jr.NBA Referee Clinic. Scott Foster, who has over 27 years of experience as an NBA Referee, will be leading the session on September 16that 7:00pm ( BST). The session will focus on Game Management and attendees will have the opportunity to interact in a Q&A session with Scott for the last 30 minutes of the session.

Scott Foster has officiated 1,477 regular-season games over 25 seasons as an NBA official. He has also refereed 187 playoff games, including 19 Finals games. He was a member of the crew that officiated the 1996 Europe Tour in Germany and Spain. Foster also worked the 2010 NBA All-Star Game in Arlington, Texas. Foster considers his most memorable assignment to be Game 7 of the 2010 NBA Finals between the Los Angeles Lakers and the Boston Celtics. He worked the game with two of his mentors, Dan Crawford and Joey Crawford.

Those wishing to attend need to register through the OWQLO app to join the 1-hour clinic on Zoom. The OWQLO app can be downloaded on Apple or Android at the App store / Google Play.