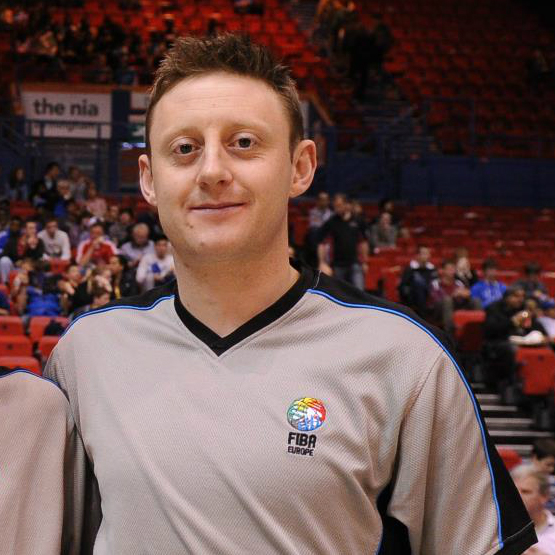 Basketball in Scotland, and basketballscotland, have changed considerably in the time Graham has been involved. His efforts to continually amend, evolve and improve the competition structure should be applauded. Graham also managed to regularly update our rules and regulations and for many years run our Cup Finals events. Most importantly, Graham managed to build a fantastic rapport with almost the entire basketball community.

New starts to basketballscotland were warmly welcomed by Graham, providing you regularly made him a cup of tea. Graham was also the office handy man and unofficial I.T. support. However, this role was removed from him after his over enthusiasm with some wire cutters severed internet and phone lines for the rest of the week. Yet Graham managed to use his charm to convince the repairman that he had done nothing wrong despite the obvious signs of human error.

One of the old school, Graham prefers to pick up the phone rather than hide behind his keyboard. This approach, coupled with his positivity would often defuse potentially challenging situations and keep basketball in Scotland moving forward. In fact, Graham just enjoys to chat, in particular about basketball, or pub quizzes. His conversational nature helped solve problems around the office as ideas were talked through, although I am sure Graham would agree, that it was not always in the most succinct manner.

“When we get back into the office it will definitely be a lot quieter without Graham” joked Fraser Hamilton, who has worked closely with Graham, in particular delivering Cup Finals events. “In all seriousness, I have learnt a great deal from Graham and really enjoyed working alongside him over the last few years.”

“Coming from a non-basketball background he was a huge help when I first started. And would always make time if I had a basketball-specific problem. But I will not his terrible jokes. Or the number of cups of tea I have to make him.” Reminisced Adam Szymoszowskyj when asked about his time working with Graham.

We hope that Graham continues to take to the court as one of our best referees. He has assured us he will, so we look forward to his positive approach and “unique” humour continuing to be experienced before, during and after the blow of his whistle.

Our Chief Executive, Kevin Pringle, admitted Graham would be a loss to the organisation but wishes him well for the future:

“Graham has been a huge part of the organisation for over a decade and he will be missed. He has always been an excellent sounding board and his knowledge of our National Competitions is second to none. Whilst I am sad to see Graham leave the organisation, I understand his desire for a new start, and I am sure he’ll still be an active member of the basketball community as an official. I would like to thank him for all he has done for basketballscotland and look forward to seeing him on the court in future!”

Check out one of our favourite Graham moments