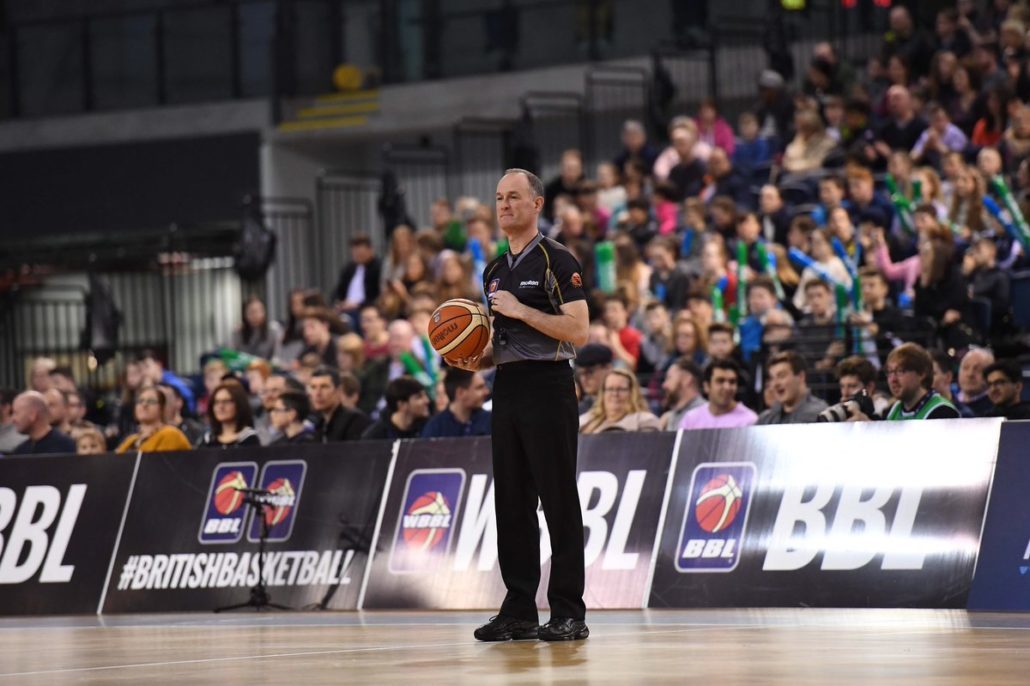 Our National Instructor for Referees, Chris Dodds, has called time on an illustrious international refereeing career after 18 years. After qualifying as a FIBA referee in 2003 Chris’ international career blossomed. He has officiated all around the globe and has attended numerous major International World and European events.

Chris represented Scotland at the last two Commonwealth Games to include basketball, Melbourne 2006 and Gold Coast 2018. He was appointed as Crew Chief for the England vs Australia semi-final in 2006 and was also selected to officiate the highly anticipated semi-final between neighbouring rival nations Australia vs New Zealand at Gold Coast 2018.

However, his international honours do not stop there. Chris has also achieved several other high-profile appointments, including the EuroBasket 2013 Finals where he was the first British referee to be included in the final stages of the competition for over 15 years.

Chris has also officiated three World University Games in 2005 (Turkey), 2009 (Serbia) and 2011 (China). As a European referee, Chris has taken charge of over 100 European club games and has travelled the length and breadth of Europe to ply his craft as one of Scotland’s and Britain’s top referees.

All this while continuing to support young Scottish referees through their journey and continuing to operate in the BBL and WBBL. Chris has led by example as a referee and his sustained performance at the highest level is a great example to other Scottish officials. As the National Instructor for Scotland, Chris has provided outstanding support to Scottish referees at various levels of our pathway.

No doubt Chris will have his own personal highlights and will have made many lifelong friends in the basketball world. We are proud of how he has flown the flag for Scottish basketball officiating around the world.

basketballscotland CEO Kevin Pringle commented: “As Chris retires as an international referee, it’s a fitting time to recognise his achievements as one of Scotland’s most highly respected referees of all time.  Over a glittering career, Chris represented Scotland and GB at prestigious events including Commonwealth Games, EuroBasket and top European club competitions, not to mention becoming one of a very small number of Scot’s to share a court with Kobe Bryant, LeBron James and the dream team, when he was selected to call the GB v USA Basketball Olympic preparation match in 2012. Everyone at basketballscotland wishes Chris every success for the future as he retires as a FIBA Official.”

We wish Chris the best of luck with his continued commitment to basketball at a domestic level as he enters his 20th season in Britain’s top league.

Notice of the 75th Annual General Meeting of basketballscotland