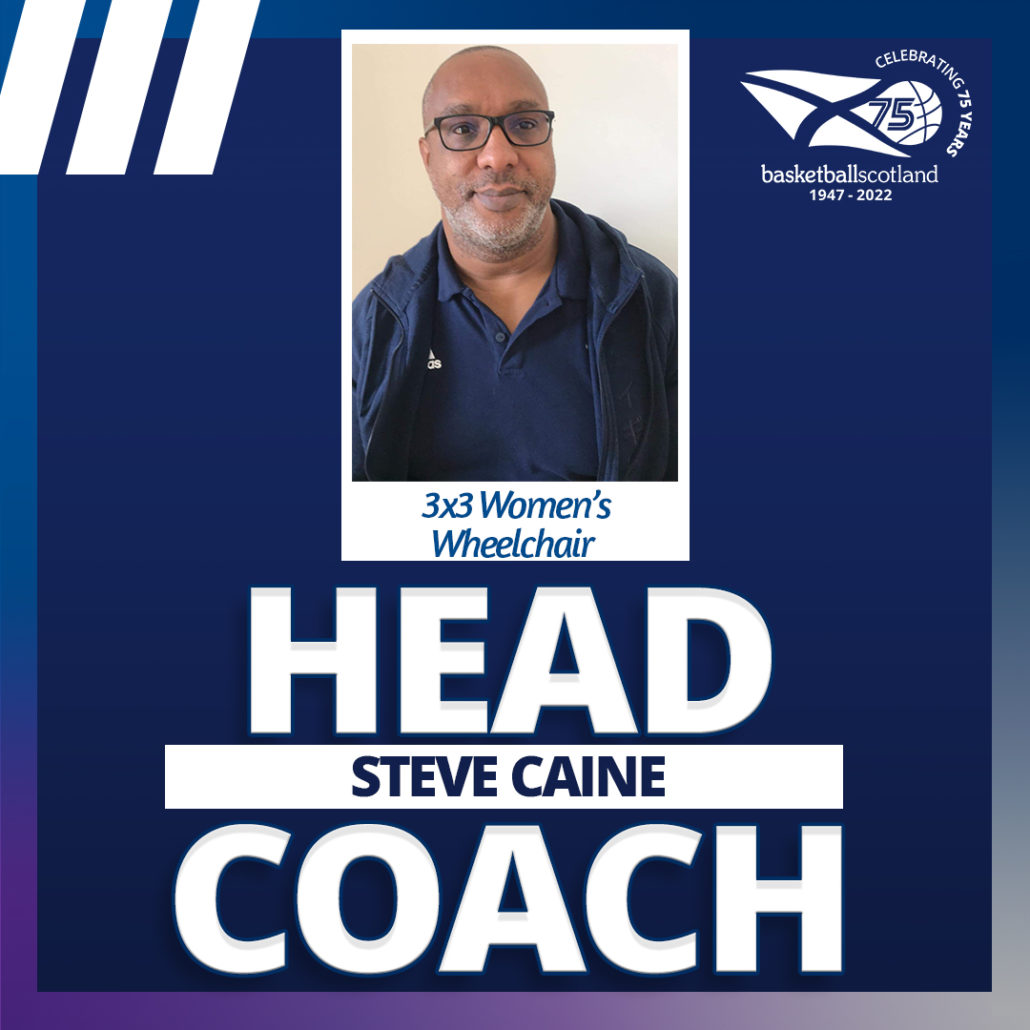 basketballscotland are delighted to announce that Steve Caine has been appointed as Head Coach of our 3×3 Women’s National Wheelchair Team ahead of this year’s Commonwealth Games Qualifying Tournament.

This is the first-time wheelchair basketball has been included in the Commonwealth Games programme in its 92-year history. The Games will also see the 3×3 format of the wheelchair game make its World debut.

Not only will this be the first-time wheelchair basketball has been included in the Commonwealth Games programme in its 92-year history, but the game will also see the 3×3 format of the wheelchair game make its World debut.

Having previously competed for Great Britain at three Paralympic Games, winning Paralympic, European and World medals, and going on to coach three national teams, Caine is well known in the wheelchair basketball community.

Caine has a vast amount of coaching experience under his belt for both the wheelchair and running game, including both the Ukrainian and Moroccan national wheelchair teams.

In 2018, Caine was appointed Great Britain’s Assistant Coach, where he would assist the Men’s team in their historic win over the USA to be become World Champions. Caine was the assistant coach for the GB Men’s team during their time competing in the 2020 Paralympics. More recently Caine was appointed acting Head Coach to the GB Women’s Wheelchair team at the 2021 European Championships.

Speaking about his appointment, Caine commented “It’s always a great pleasure to work with National Teams because the glory of winning is more intense. To work with players who give their all for their country is no greater honour. I look forward to working with basketballscotland as we are aiming to achieve greats things.”

Head of Performance at basketballscotland, Barry Lang commented “We’re excited to have someone of Steve’s quality leading our Wheelchair programme as we prepare to qualify for Birmingham 2022. His experience as a player and coach, at European, World and Paralympic events will be invaluable to our players and staff. Steve is renowned for his technical knowledge and high basketball IQ, but he is also a very humble guy and always puts the athletes at the centre of his decision making.”

basketballscotland will announce the head coach for the Men’s National Wheelchair Team shortly.