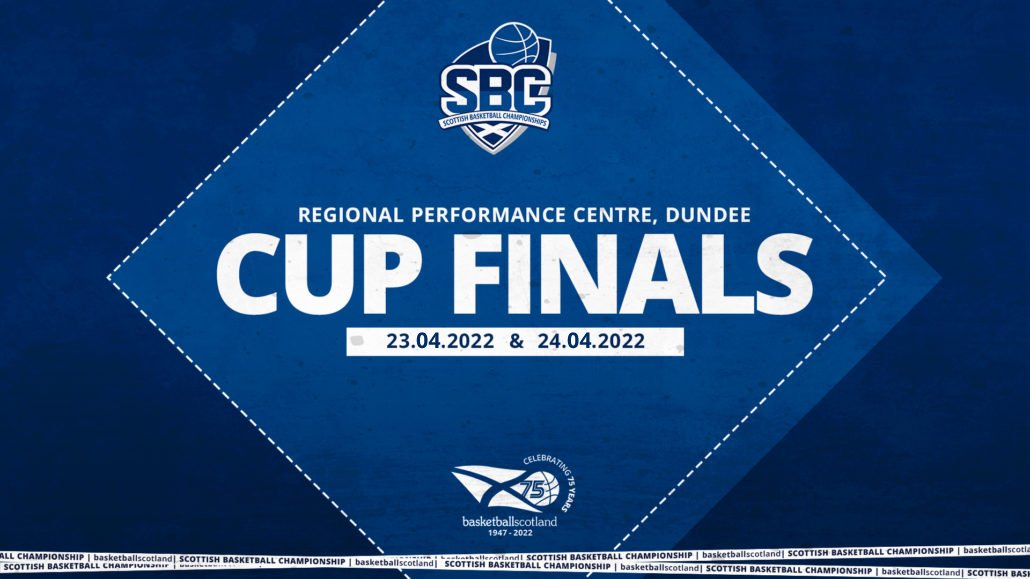 The venue and schedule of the 2022 SBC Scottish Cup Finals has today been confirmed.

The Finals are set to take place at the Regional Performance Centre in Dundee on Saturday 23rd and Sunday 24th April. This is the first time that the basketballscotland’s Cup Finals will be held in Dundee.

With the Final being postponed earlier in the year, club’s now have until 13th March to play their quarter-final game, with the semi-finals to be played by April 17th.

Day one will see the U16 Men, Senior Women and Senior Men Finals, with the U16 Women, U18 Men and U18 Women taking to the court to compete on day two.

Tickets for both days will be available in due course.