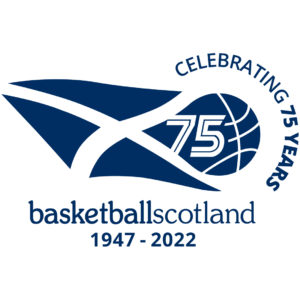 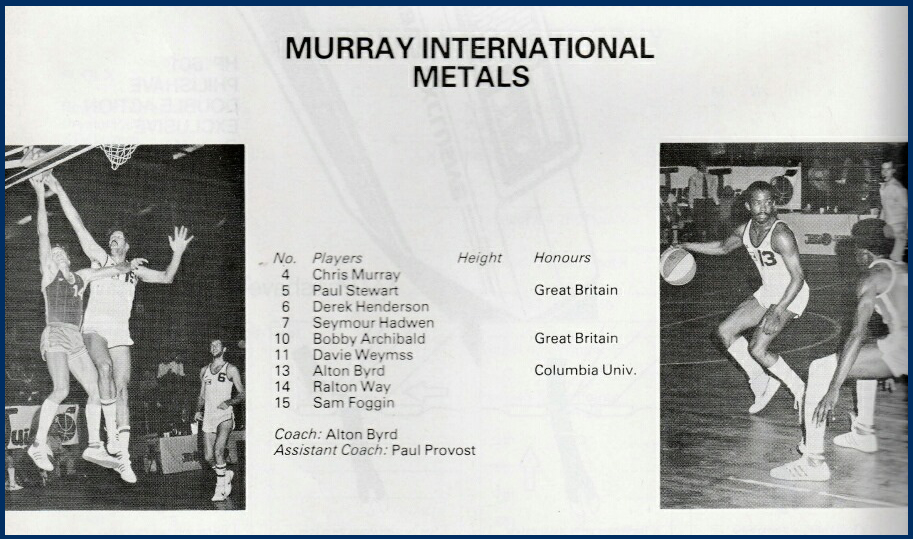 Murray International had a relatively short lifespan, operating from 1977 until 1991. What they lacked in longevity they more than made up for with impact. Having played in Scotland, Great Britain and Europe, Murray International was one of the biggest and most successful teams in Scottish basketball history!

Their first season, 1977-78, ended with promotion to the SBC Division 1. They went onto win the national league an astonishing seven times between 1979 and 1987.

Both teams brought in high-level American coaches as Bill Miller would be appointed as Murray International coach and Kevin Cadle would coach Falkirk. Some of the best American prospects would soon follow as Murray International picked up Lewis Young, Charlie Williamson, Alton Byrd, Ralton Way and Sam Foggin as well as Alan Bailie, Paul Stewart and Canadian, Seymour Hadwin who all had Scottish roots. Falkirk recruited workhorses like Terry Mangum and the charismatic Bobby Kinzer.

The rivalry included a narrow Scottish Cup Final victory for Murray International in 1984. The following year, in front of 3,500 raucous spectators, Falkirk were victorious. For more on this intense rivalry, check out Making It Rain: A Scottish Basketball Story.

Murray International’s impact was not restricted to Scotland. In 1987, they were founding members of the British Basketball League (BBL). They moved home venues from the 500-seater Meadowbank Arena to the only facility purpose-built for basketball, the 3,000-seater Forum Arena in Livingston.

Their short stint in the BBL, from 1987-89, was a rollercoaster of epic wins and tough losses. They worked hard as a team to achieve a high level of success in their first BBL season. Victories over Portsmouth led to them winning the inaugural BBL Trophy (then known as the NatWest Trophy) as well as the first ever BBL Play-off Final (then the Carlsberg Basketball League.) Graeme Hill showed incredible grit and determination and was named as the MVP of the Finals. These standout performances showed that they could compete with the best in Britain.

The following year, further building on their success, they reached the Trophy and Play-off Finals again. Unfortunately, in both games they had to learn the lessons from defeat. In the Play-off Finals, they lost an all-Scottish encounter with Glasgow Rangers (another Murray-owned franchise) Alan Cunningham earned the honour of being named as Finals MVP. Regardless of results, Murray International always worked hard to showcase top tier Scottish basketball at the highest level in the UK.

On top of their successes within Scotland and Britain, Murray International also appeared on one of the biggest stages in Europe, competing in the FIBA European Champions Cup from 1980-90. They had notable encounters with giants of European basketball, such as: Barcelona; Real Madrid; Olimpia Milano and Split Jugoplastika.

One of their most notable victories against a European powerhouse came when they travelled down to Crystal Palace in London and beat 1988 Olympic Gold Medallists, the Soviet Union.

David Murray’s team folded in 1991. Many of his players joined the Livingston/Midlothian Bulls, who had a dominant run in the SBC from 1991-98. Murray International was one of the teams that helped put Scotland on the European basketball map and remains an integral part of Scottish basketball history today.

Thank you to Ken Johnston for providing background information surrounding this article.