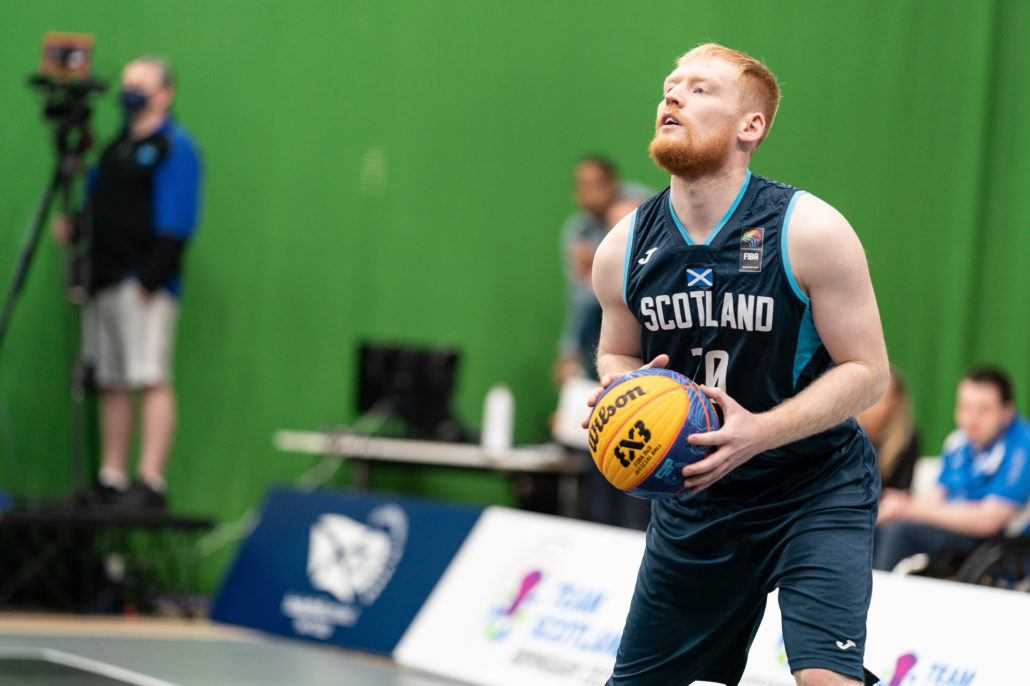 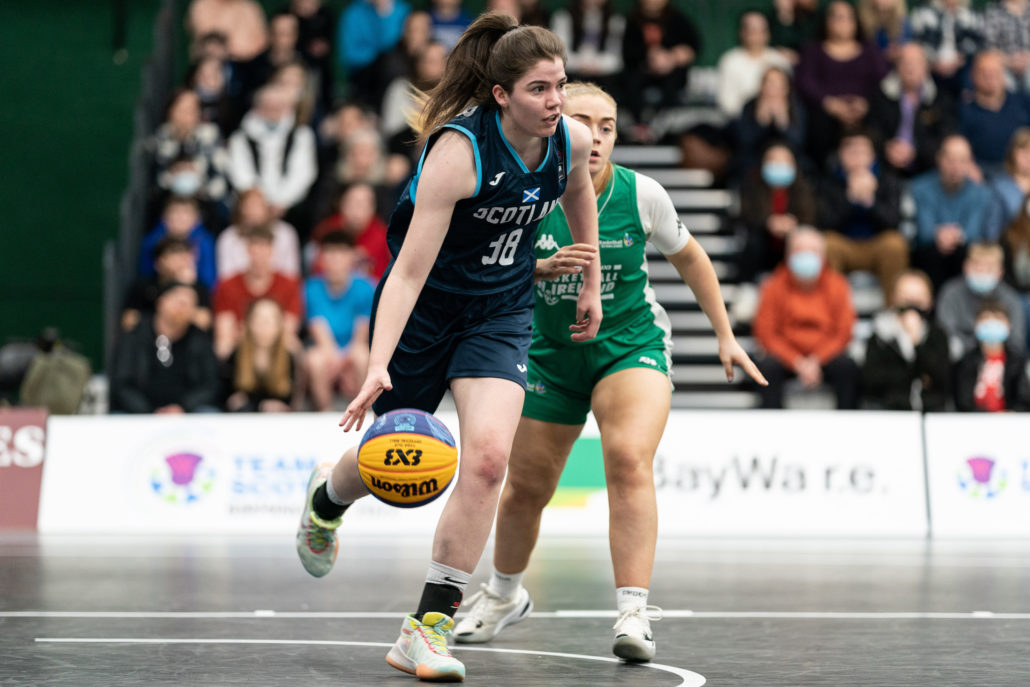 An emphatic performance by Scotland’s Women and Men on the 3×3 court saw both teams qualify for the Birmingham 2022 Commonwealth Games. For the men, it is a chance to build on their record-breaking fourth place finish in Gold Coast 2018. For the women, history beckons as it is the first time Scotland women will compete on the court at the Commonwealth Games.

The sportscotland performance centre at Inverclyde was the host for the European Regional Qualifying tournament. Teams from Scotland, Wales and Northern Ireland took to the court to compete for one place at Birmingham 2022.

An intimate yet noisy venue, the crowd fed off the energy on the court during a thrilling evening of action. Fast paced, high skill level and exciting throughout, it was an excellent event for fans to support Scotland playing at home. They could also familiarise themselves with the new and exciting 3×3 basketball.

The team behind the scenes worked tirelessly to create an impressive arena, safe for players, officials and spectators, that would provide the setting for both Scottish teams to show how proud they are to represent their country. However, Scotland wasn’t only represented by the players during the evening, as several referees and table officials from around the country step up to ensure the games and event ran smoothly.

On the court, the objective was clear. Win the tournament and you qualify for Birmingham 2022.

The men were first to the court. It was a cagey start as both teams sized each other up. Scotland then exploded into life and once they hit their groove, they were in it all night. Fraser Malcolm (Glasgow Rocks) wrapped up game 1 with a shot from outside the arc to seal a 21-13 victory against Wales. 3×3 games finish when one team reaches 21 points or when 10 minutes has elapsed.

Scotland women had a little longer before their first outing. To open the women’s tournament Northern Ireland took the victory over Wales. After the Northern Irish men also beat Wales, it was game-time for Scotland women. Displaying excellent teamwork throughout, Kennedy Leonard (London Lions), Hannah Robb (Leicester Riders), Sian Phillips (Caledonia Pride) and Erin McGarrachan (Caledonia Pride) built up a 19 – 7 lead as the 10 minutes elapsed. That was enough to notch up an important first win.

Northern Ireland men had been impressive in their opening game victory, with Connor Quinn leading the scoring. Gareth Murray (Glasgow Rocks) and his team clearly identified the threat and started the game at a ferocious intensity. Aggressive defence, led by Murray, was coupled with sharp-shooting, in particular from Jonny Bunyan (Glasgow Rocks). Scotland built a lead they would not relinquish. The energetic Kyle Jimenez (Nottingham Hoods) pushed Scotland over the 21 point mark to secure the win.

The crowd barely had time to catch their breath before the women were back on court. Building on their strong start in game one, again they worked admirably as a team. Leonard showed glimpses of real class with Robb keeping the scoreboard ticking over. Alongside the dynamic Phillips and McGarrachan, who added some steel to the defence, Scotland were far too strong. A 21 – 4 win for Scotland.

A short, but well-earned rest for the players and spectators alike allowed young players from Ayr Storm a chance to try 3×3. 3×3 encourages a fast pace and the attitude and performance of the officials were integral to creating a great spectacle.

After their 21-4 victory in the group, the men had to maintain their focus and concentration against Northern Ireland in the final. Another fast start saw Scotland dominate the scoreboard. The understanding the team had from playing together at Rocks was evident, despite the differences from the 5×5 to the 3×3 game. It was fitting that Murray was the man to bring proceedings to a close with a fine ‘2-pointer’, leading to a 21 – 5 win. At the age of 37, he is on course to represent Scotland at his third Games, sixteen years after his debut at Melbourne, 2006.

Murray’s intensity and aggression on both sides of the ball were complimented by the energy of Malcolm, the shooting of Bunyan and the all-court game of Jimenez.

The skill set of the women also complimented one another. The strength of their spirit as a team was evidenced in the frequent and clever use of the roll on, roll off substitutes available in 3×3. With no coach present, players must take responsibility to sub themselves in or out of the game.

This fluid teamwork allowed Scotland to gain momentum at key points in games. The women’s final was close for the first few minutes, but the cohesion of Scotland, the accuracy of their shooting and their relentless energy allowed them to stretch away to a 21 – 13 win.

With opportunity to spend more time practicing on court, building an understanding as a team and conditioning themselves for 3×3 game, the excitement for Birmingham 2022 is only just beginning.

Catch up on all the action from the night here. 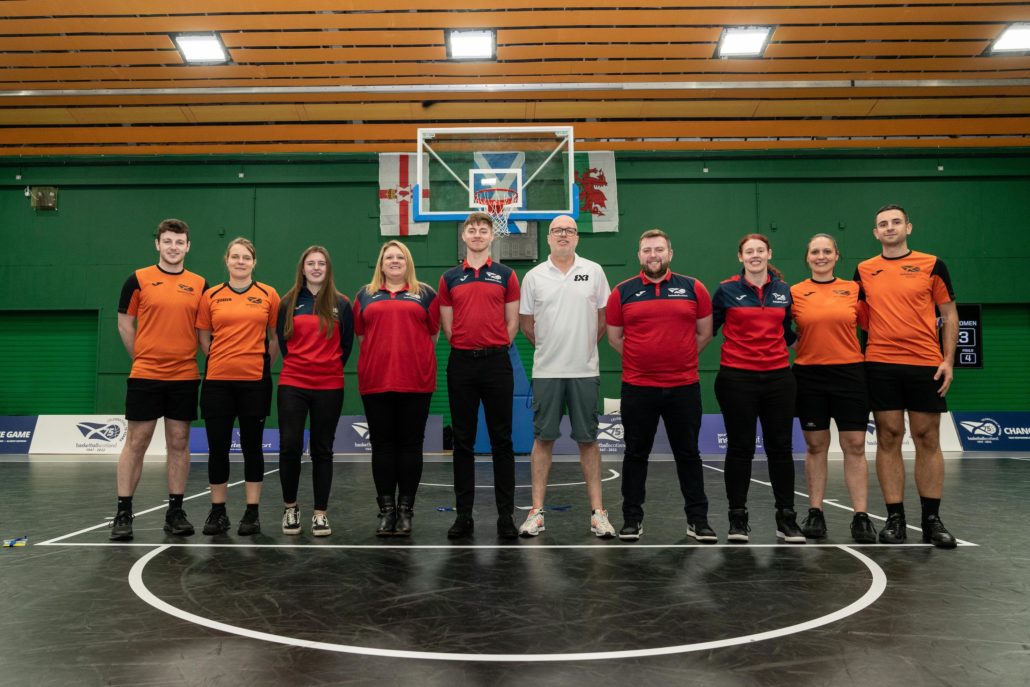