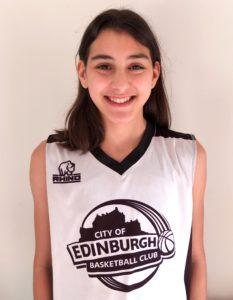 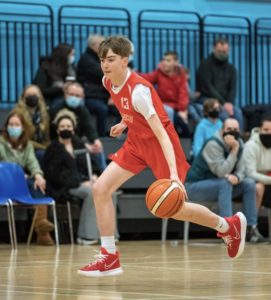 Each year the Jr. NBA host its Global Championships, which is a youth basketball tournament for the top U14 boys and girls from around the world. The tournament, which will be held in Orlando, Florida, in August, features a boys and girls division, made up of 16 regional teams (eight US teams and eight international teams).

The teams are selected by holding camps within each region where the top 10 girls, 10 boys and four coaches are selected to go to the Championships.

Fleur, Andrew and Rachel will work with ex–NBA and WNBA players, Selection Camp Director Ryan Saunders (former Minnesota Timberwolves Head Coach) and other Jr. NBA staff both on and off the court to develop their skills and knowledge of the game.  The camp will take place in Rome, Italy, from 3rd - 8th May.

Speaking on the opportunity the camp creates for players and coaches, basketballscotland’s Participation Lead, Amy Kirkhouse commented: “The Jr. NBA Selection Camp is a fantastic opportunity for both players and coach. The access to ex–NBA & WNBA players, coaches and other highly experienced Jr. NBA staff, as well as the opportunity to meet other players and coaches from across Europe & the Middle East, is incredible. Congratulations to Fleur, Andrew and Rachel on their selection and we hope that they have a really wonderful experience both on and off court at camp. As our partnership with the Jr. NBA continues to grow year on year we look forward to being able to work together to provide more opportunities like this for our Scottish athletes and coaches to be involved in.”

Best of luck and safe travels to Fleur, Andrew, and Rachel from all of us here at basketballscotland. Proud to have you all representing Scotland.