You are here: Home / Blog / News / Scottish players in GB maxibasketball medal rush at the 2022 European ... 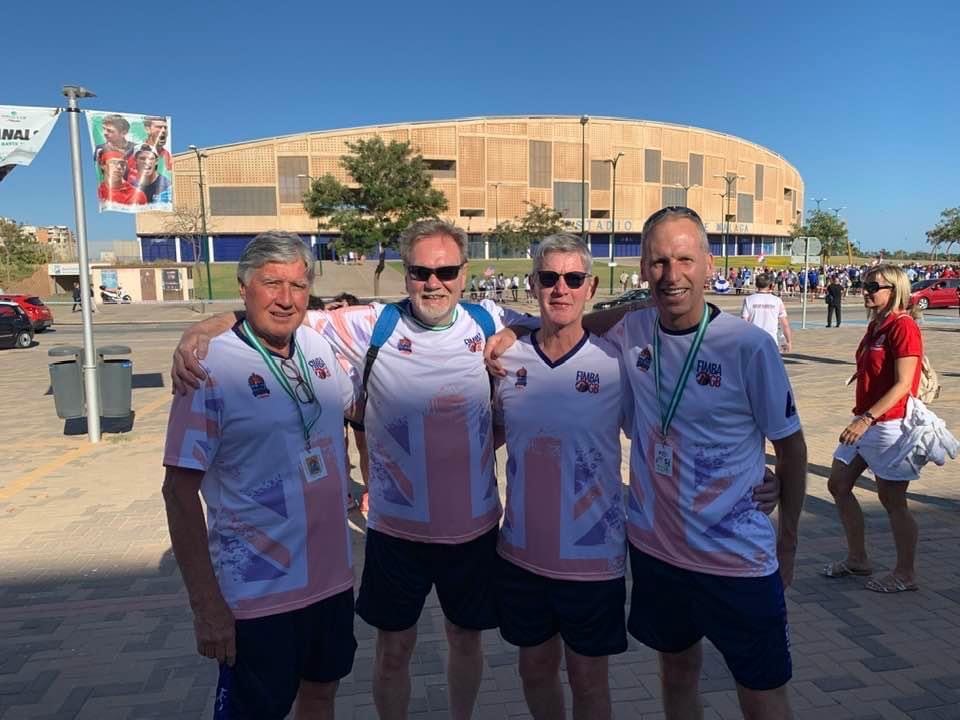 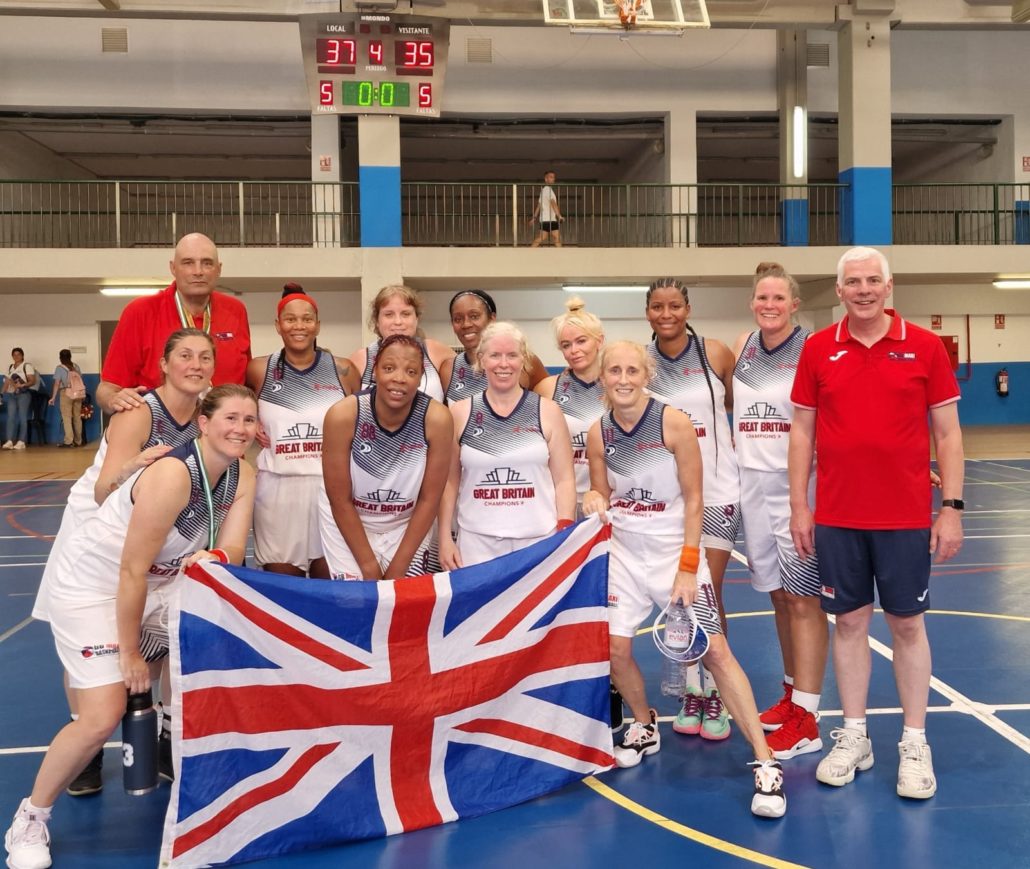 It was a successful 10 days for the eight GB Maxibasketball national teams at the 2022 XI FIMBA European Championship in MALAGA, as former Scottish national and international level players played an integral part in the five medal championship medal haul!

“Whilst it stings right now, a European silver medal is an unbelievable achievement, and I couldn’t be prouder of this group and what they have achieved!”

After an emotionally exhausting semi-final losses on Day 8, GB Maxis players, Scott Russell, Elaine Montgomery, Shirley White, had to pick themselves up to compete in the bronze medal game against Spanish sides, whilst GB Maxis’ 50+ players Ann Jamieson and Shirley Campbell faced a stacked German side (former World Maxiball Champions in 2019) in the battle for 3rd/4th place in the women’s 50+ competition

However, it was not to be as the valiant Great Britain teams eventually fell to sustainably stronger opposition on the final day of the competition.  Despite the disappointing losses, Scott Russell, Elaine Montgomery, Shirley White, Ann Jamieson and Shirley Campbell all came away from Malage having been awarded 4th place European Championship Iron medal, in recognition of some high-quality performances against European powerhouse nations that included Latvia, Poland, Spain, Germany, Italy and Hungary.

Meanwhile, former Scotland & GB international Iain Maclean led the GB Maxis Men’s 50+ team, alongside fellow ex-Scotland point guard Frazer Birch, in the 50+ championship which would feature no less than 21 teams!  Their first-round games saw them win 78-50 against Germany, followed by a loss to Hungary. A crucial second round loss to Italy (62-55) – eventual tournament gold medalists – meant that GB Maxis 50+ squad finished just outside the top 8 with wins over Switzerland and the GBR 50+ B team (FIMBA GB).

Similar fortunes befell GB Maxis Men’s 45+ team, which included ex-Scotland international Stuart Mackay (M45+),who battled hard against Serbia (losing 49-59) and Spain (53-66) but missed out on a quarter final place.  Two further losses to Germany A and Switzerland saw them finish 13th.   However, it’s been a valuable championship learning experience to build on.

“We couldn’t be prouder of everyone’s efforts. We can truly see the fruits of months of planning and preparation, and we are really pleased for (and appreciate) the programme leads, coaches, managers and sports science staff that have helped us achieve these fabulous European Championship performances.  We set out to achieve top six placings in Europe and 6/8 teams achieved this.”