You are here: Home / Blog / News / Mariann Dodds-Miklosik set to referee at Birmingham 2022 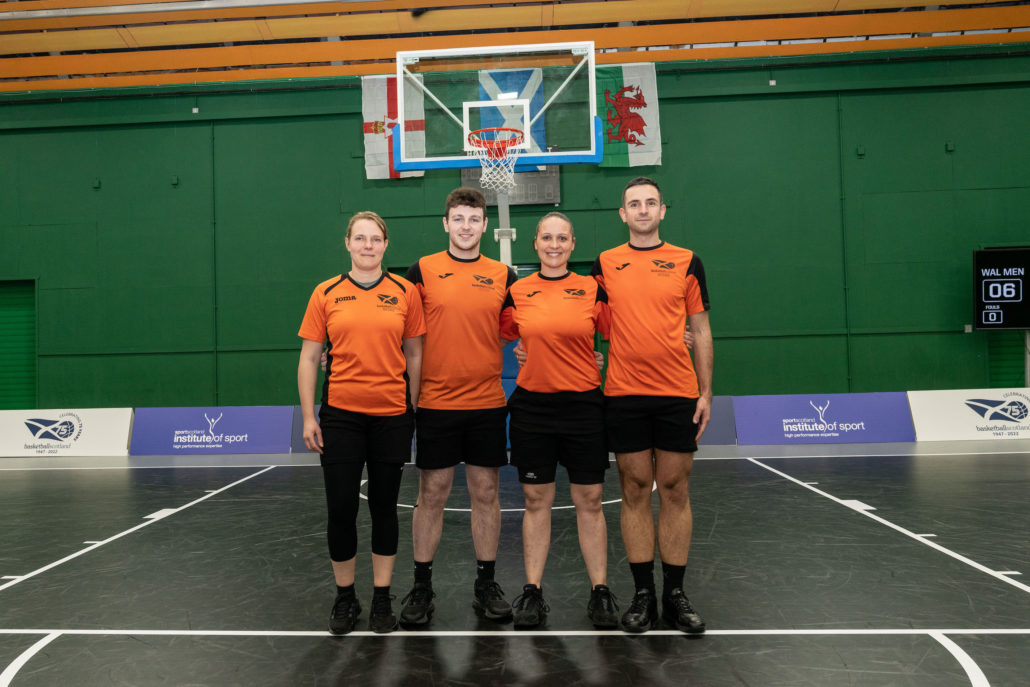 Mariann Dodds-Miklosik | second from the right.

basketballscotland are delighted that ,Mariann Dodds-Miklosik has been nominated to officiate at the 2022 Commonwealth Games in Birmingham later this month.

Dodds-Miklosik is definitely no stranger to the 5v5 game having enjoyed eight successful FIBA 5v5 years – including refereeing at three European Youth Finals. She started her 3×3 officiating journey when the opportunity presented itself for her to officiate at the Commonwealth Games Qualifying Tournament that basketballscotland held in April of this year.

After finding a passion for the new and exhilarating format, Dodds-Miklosik received an invitation to the next 3×3 FIBA clinic in Tel Aviv, Israel – an opportunity that she seized with two hands and went into with great enthusiasm. Rising to the challenge, she went on to obtain a FIBA 3×3 C Licence, and in doing so, became Great Britain’s first ever 3×3 FIBA referee.

After the course, Dodds-Miklosik received her first nomination to officiate at an upcoming tournament, which just so happened to be the 2022 Commonwealth Games.

“I am absolutely delighted with my first nomination as you can imagine.” Commented Dodds-Miklosik. “I have gained 17 years of 5v5 experience refereeing in Basketball England, basketballscotland and in the British Basketball League. However, to referee 3×3 I completely had to retrain my brain and body. The physical and mental intensity of these events is something I have never experienced with 5v5. 3×3 is a constantly exhilarating, physical, and very tactical game, not to mention that is highly addictive! I am very proud and honoured to be part of the 3×3 family. I also have to thank basketballscotland for their ongoing support so far!”

basketballscotland’s Head of Basketball, Barry Lang, commented: “Mariann really embraced our Commonwealth Games Qualifier in Largs and was eager to gain more experience in the 3×3 format. Fortunately, an opportunity arose with a FIBA event in Israel and Mariann gained her 3×3 FIBA Referee license. Being appointed to referee at Birmingham 2022 is a huge honour and I know that Mariann will thrive during the experience.”

basketballscotland would like to wish Mariann good luck at the Games!