You are here: Home / Blog / News / Carolyn Wilson set to referee at Birmingham 2022 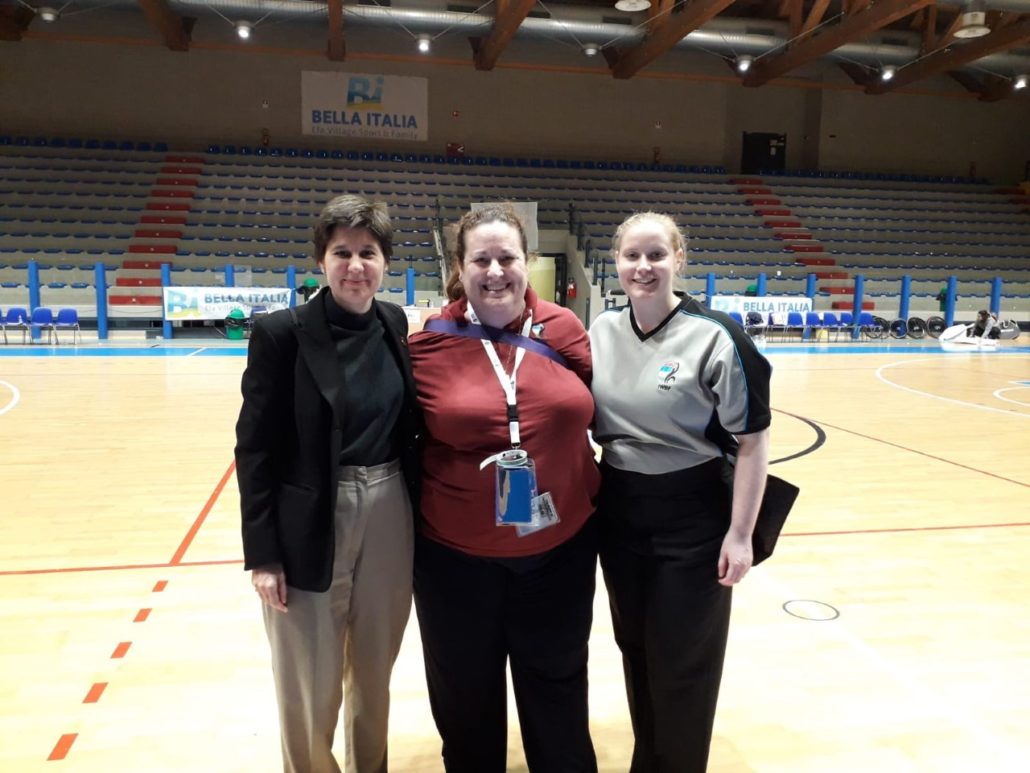 basketballscotland are delighted that Carolyn Wilson has been selected to officiate the 3×3 wheelchair basketball games at the upcoming Commonwealth Games.

Although Wilson will be officiating the wheelchair game in Birmingham, her officiating journey originally started with the running game 14 years ago. At the time, Wilson was coaching at a local club when she was asked to attend the referee course in order to help aid the development of the young players during scrimmage games. It wasn’t until the following year that she started to officiate the wheelchair game.

Since then, she has gone on to be a regular face in basketballscotland’s SBC running and wheelchair leagues, and is a very well-respected referee in the British Wheelchair Basketball (BWB) League.

After several years of success officiating the wheelchair game, in 2019, Wilson travelled to Italy to gain her International Wheelchair Basketball Federation (IWBF) zonal license. She was also named as BWB’s ‘Official of the Year’ in the same year.

Wilson will now be stepping onto the court in Birmingham, where she will be refereeing the wheelchair game during its debut at a Commonwealth Games!

“I feel incredibly privileged to be selected to referee 3×3 at the Commonwealth Games.” commented Wilson. “This is the first-time wheelchair basketball will be part of the games, and I am really excited to be a part of it.”

Wilson is not new to the 3×3 format, having previously been involved refereeing domestic 3×3 tournaments, as well as BWB’s most recent 4 Nations.

basketballscotland’s Inclusion Manager, Tina Gordon, commented: “We are very exciting to see that Carolyn has been selected to officiate at the 2022 Commonwealth Games. Carolyn has been a prominent feature in the wheelchair game for many many years now and we are thrilled to see that all her hard work and dedication to the game has been recognised.”

basketballscotland would like to wish Carolyn the best of luck at the Games!