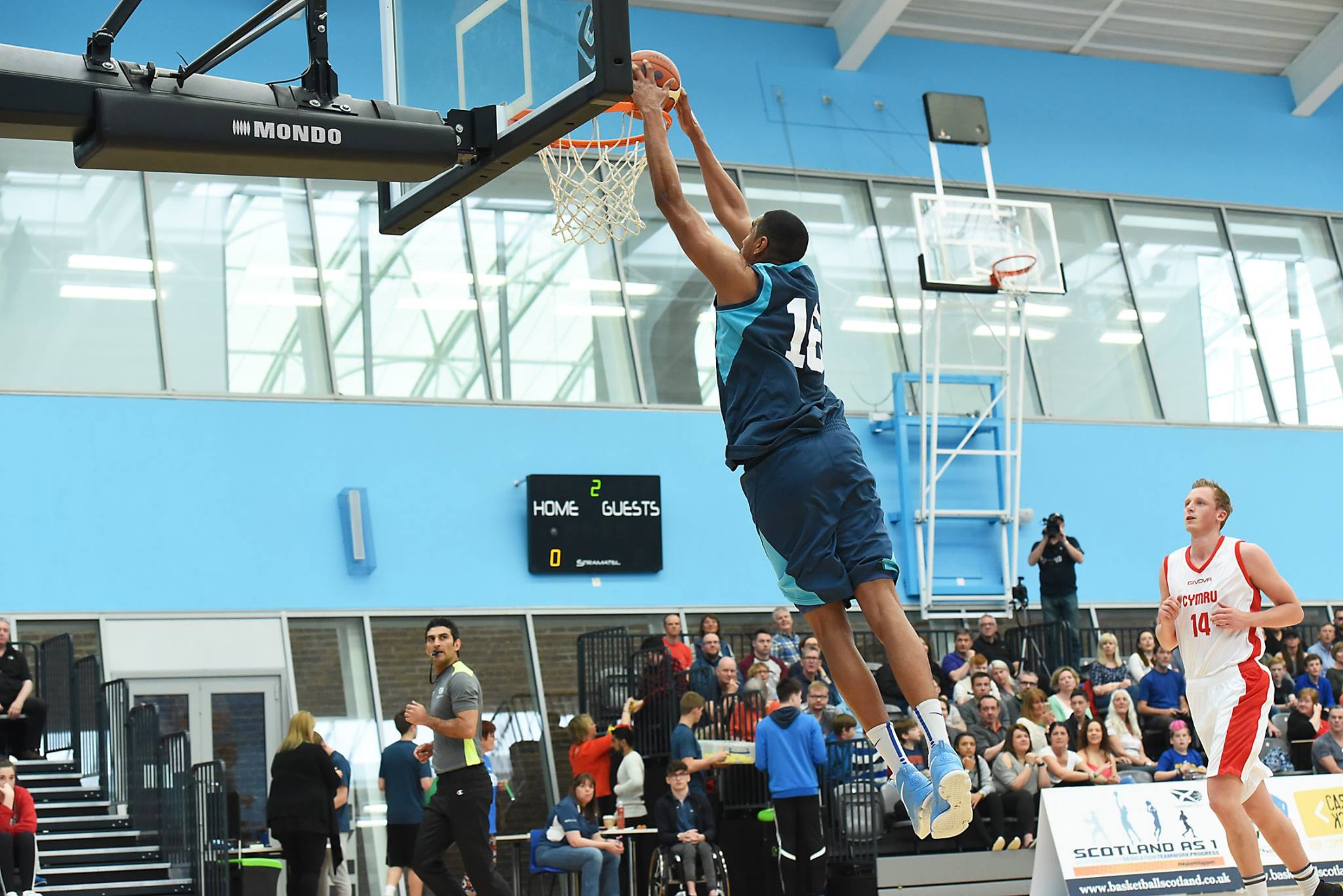 In the third and final game of 2017's Celtic Clash, Scotland Senior Men returned to Oriam to challenge a Wales squad who had just come off a tough 85-55 loss to Ireland a day earlier.

After both teams had warmed up, and the national anthems were observed, the game began. Lee Reilly, inserted into the starting line-up ahead of the game, scored the first points sinking a three-pointer. Wales reacted quickly, as James Dawe made a jumper followed by a three from the top of the key by Wales’ Captain Asa Waite giving them a 5-3 lead. This however, would be the only time Wales could boast a lead in this game. Lee Reilly continued to stay hot, making 4 out of 5 of his three-point attempts and finishing the quarter with 14 points. One of the games many highlights came when Ali Fraser blocked Asa Waite’s layup attempt just as the Welshman was finding his groove, swatting the ball before it even left his hand. Wales' Conor Easter then made a deep three-pointer over Kieron Achara, only for Kieron to muscle his way inside for the finish on the other end on the next possession. Scotland’s ball movement was sublime throughout, as they found the open man for easy baskets and finished an entertaining quarter leading 28-17.

Going into the second, the story was much of the same. Kieron Achara came into the quarter ready to go and made a beautiful pass to Eddie Matthews on the fast break for an easy score. Achara then defied age and gravity, making a shattering two-handed dunk on a fast break of his own from a Bantu Burroughs pass. Burroughs then made a highlight of his own later in the second, as he crossed up Thomas North and skipped inside for a finger roll high off the glass. Fraser Malcolm continued his impressive play on his return from the US, making his second three-pointer of the contest. Heading to the locker rooms, the Scots were well in control, the score at 49-25.

Coming out of the break, Malcolm was quick to capitalise on his efficient shooting in the first half, making his third three-pointer of the game. Ali Fraser then burst into life as he scored 8 in a row for the Scots. Coming off a Wales turnover, Scotland’s Callan Low and Eddie Matthews were quick to race down the court. After receiving a pass from Burroughs, Low lobbed the ball in mid-air to Matthews for him to finish the play in the air himself, a double alley-oop. At the end of the third, Scotland were well away, 72-31.

For the rest of the game coach Olsen gave some of the smaller names in the Scotland side some valuable minutes. Skyler White, an unknown in Scotland before this weekend, caught fire in the second half, scoring 5 from 8 from deep. Eoghann Dover then had the play of the game in the final minutes, corralling the defensive rebound and then beating 3 defenders on the other end with some flashy dribble moves eventually finishing with a lay-up plus the foul sending some of the younger fans in the crowd into raptures. In the last 5 minutes, it was great to see 16 year-old Callan Low made it to the court. The Saint Mirren youngster displayed determination fighting for loose balls, vision with some great passes to his senior team-mates as they cruised to their second win of the Celtic Clash. The match finished 108-44.

It must be noted that despite the score being out of contention, the competitive spirit and intensity that all the players brought from start to finish, made the match a spectacle and to our view, the best of the Celtic Clash.

It was all in all a great game for Scotland which will hopefully go a long way to help their case to receive an invite to next years Commonwealth Games in Gold Coast, Australia.

basketballScotland would like to extend our thanks to Ireland and Wales for providing competition for the Celtic Clash, our partners iPro Sport for keeping the athletes at their best, and of course the Scottish fans and basketball community, who came out in force to support our Senior Men.