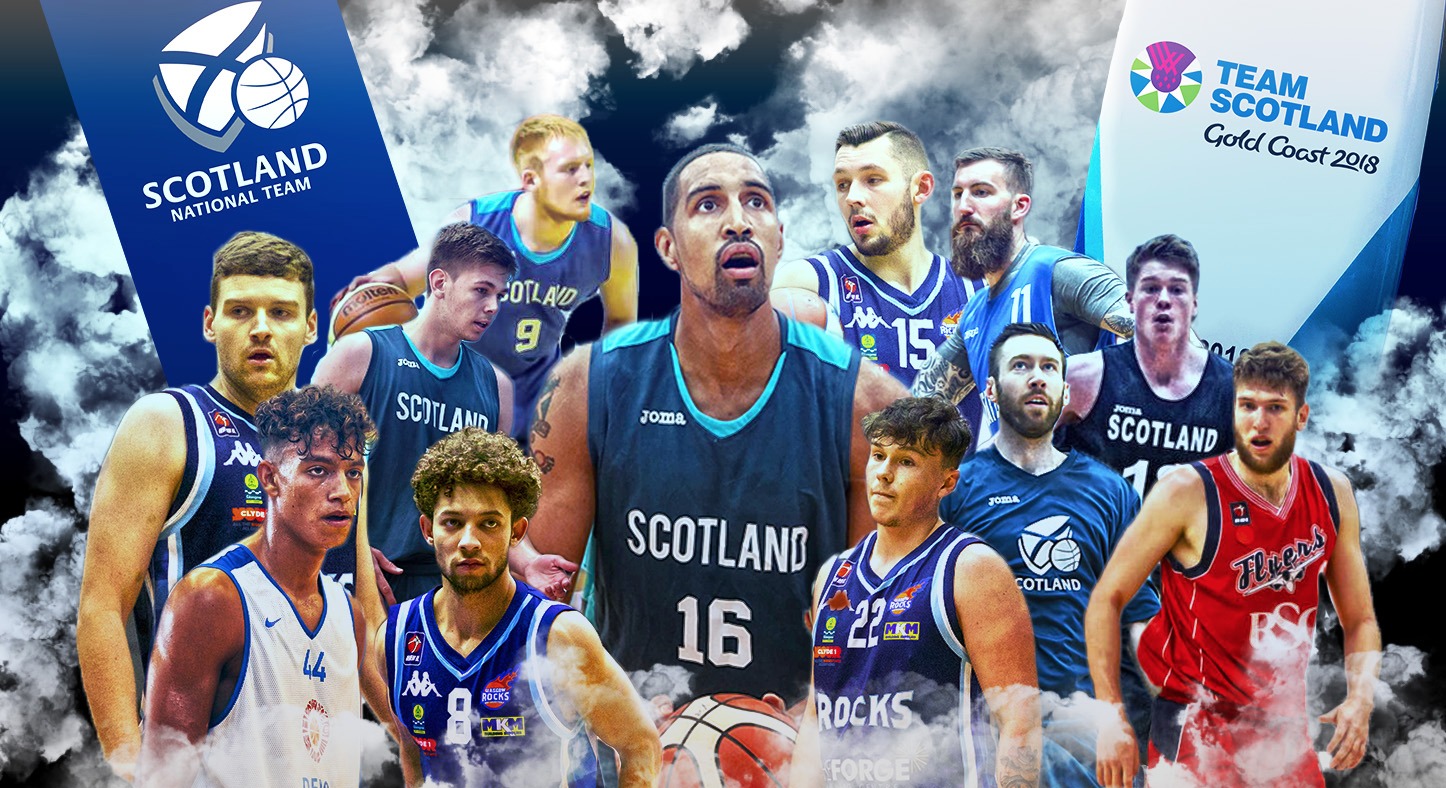 Team Scotland and basketballscotland today announced the 12 athletes selected to represent Team Scotland at the Gold Coast 2018 Commonwealth Games. The announcement, which took place at the Emirates Arena was a fitting location as the home of Glasgow Rocks, who see 7 of their players named to this year’s team.

Speaking at today’s announcement, basketballscotland’s Head of Performance, Barry Lang said: “We have been building towards the Commonwealth Games for two seasons now and our team is in great shape ahead of the competition. Having the support and funding from sportscotland has enabled the majority of our squad to train and play together at Glasgow Rocks, which will be our competitive advantage at the Games. We have a great blend of youth and experience in our team and our players and staff are looking forward to representing Team Scotland in the Gold Coast.”

Named among the 12-strong team for Gold Coast 2018 is former Team GB Olympian and current GB Basketball Captain, Kieron Achara. Achara, who missed out on representing Team Scotland in 2006 due to injury is looking forward to the opportunity: “I am really excited to be part of Team Scotland for the first time, having missed out in 2006 due to injury, I am really looking forward to being part of the squad for Gold Coast. It is a unique opportunity for us to represent Scotland and the whole team have been working hard to ensure that we are the best prepared team on the Gold Coast this April. Having been part of Team GB at London 2012, I know how special multi-sport events are and being part of the wider Team Scotland will be a really enjoyable experience for the whole team.”

Fellow GB International and Glasgow Rocks team-mate, Gareth Murray, makes history as the only Scot to represent Team Scotland in Basketball at 2 Commonwealth Games. Murray believes that the team are in a much stronger position this time around and expects his side to be one of the best prepared on the Gold Coast in April: “I am extremely happy and privileged to represent Scotland for the second time at the Commonwealth Games in 2018. Back in 2006, the Games helped me to inspire and raise my game to another level and I hope this does the same thing for the younger members of the squad. I believe with the team announced today, we have a lot more talent and experience with a high level of expectation within the group which can only help further our chance of success on the Gold Coast.”

Callan Low makes his own bit of history as the youngest player to make the Basketball team at just 17 years of age. Commenting on his selection to Team Scotland, Low said: “I feel incredible honoured to have been selected to represent Team Scotland at the Commonwealth Games. Playing for my country over the last few years has been the biggest achievement of my basketball career and I am thrilled to be given the opportunity to represent Scotland at such an important event. I can’t wait to travel to the Gold Coast and wear the Scotland jersey on the Commonwealth court. Being selected for the Commonwealth Games squad at the age of 17 is a dream come true and I have had my sights set on this for years. I am grateful to Tony Garbelotto, the coaches, the selection team and basketballscotland who have helped make my dreams become a reality. I appreciate their faith in me and I feel incredibly lucky to be on court with so many outstanding and experienced players that I have been inspired by. With only a few months to go, I am excited to get out on court and repay Coach Garbelotto’s faith in me as an athlete.”

basketballscotland CEO, Kevin Pringle extended his congratulations to the 12 players selected to represent Team Scotland saying: “Everyone at basketballscotland would like to congratulate the 12 athletes selected to represent Team Scotland at Gold Coast 2018. Today’s announcement is a testament to the hard work and dedication shown by each individual selected. With just a few months until the Games get underway, we are confident that training is going well and that the team will be ready to make a significant impact on the Gold Coast in April. The whole team at basketballscotland are delighted to celebrate such an exciting day for all of the athletes and coaching staff involved and we wish the whole of Team Scotland the best of luck for April’s Games.”

The full roster for Team Scotland is as follows:

Scotland will kick-start their Commonwealth Games Campaign on April 5th against home-country rivals England in Group B before facing India and Cameroon in Group B.

To find out more about today’s announcement, click HERE.